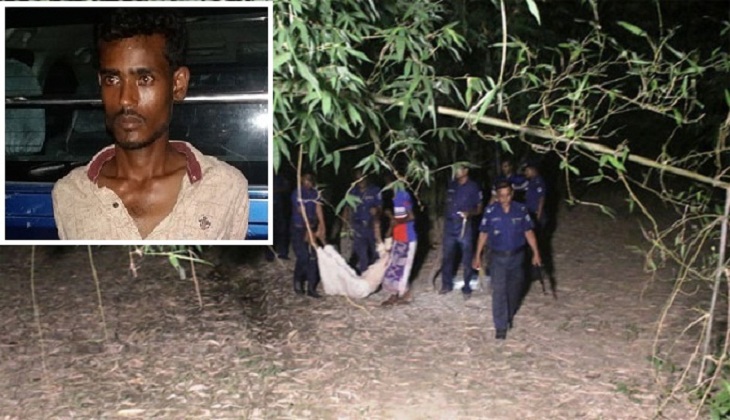 An accused in a rape was killed in a reported gunfight with police at Garadob village in Gangni upazila early Saturday.

The deceased was identified as Yakub Ali Kajal, 23, son of Jalal Uddin Habu, a resident of the village.

Sajedul Islam, inspector (investigation) of Gangni Police station, said Kajal was made the prime accused in a case over the gang rape of a schoolgirl in the village on December 20, 2018 .

Since then, he remained absconding and took shelter at his relative’s house at Dhola village. He used to disturb a housewife there and offered her a bad proposal.

After being refused, he threw acid on the woman on Thursday who is now undergoing treatment at Gangni hospital.

Later, police arrested Kajal from the village when he confessed to his involvement in the rape and acid attack incidents, said Sajedul Islam.

He also informed police that several young men of Garadob village are involved in criminal activities and they had arms.

Following his information, a team of police conducted a drive at the village to recover arms.

Sensing the presence of police members, his associates opened fire on police, forcing them to fire back, triggering the gunfight that left Kajal dead, he said

Four policemen were also injured during the exchange of gunfire.

Surge in rape cases in Khulna; 132 fall victims in 2 yrs