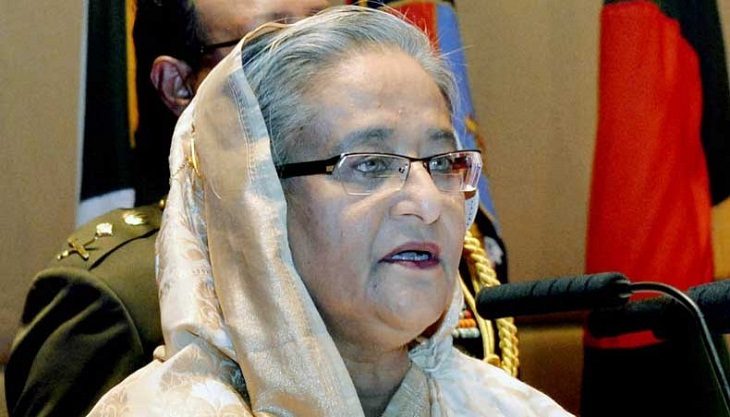 Prime Minister Sheikh Hasina has asked the law enforcement agencies to bring the perpetrators to the book and take stern actions against the killers of Sonagazi madrasa student Nusrat Jahan Rafi.

“The prime minister directed the law enforcement agencies to expose the culprits who are involved in the killing of Nusrat to justice and take punitive action against them,” PM’s Press Secretary Ihsanul Karim said.

The premier expressed deep shock and sorrow at the tragic death of Nusrat who was set on fire on April 6 and succumbed to her injuries at Dhaka Medical College Hospital last night, he said.

Sheikh Hasina prayed for eternal peace of the departed soul and conveyed profound sympathy to the bereaved family.

“The prime minister called me up and asked us to take steps to send her to Singapore for her (Nusrat’s) better treatment,” Dr Sen told reporters on Monday afternoon.

But doctors at the facility said Nusrat’s condition made it difficult for her treatment abroad as 80 percent of her body including the respiratory system were burnt exposing her to breathing problems.

Nusrat had accused Feni’s Sonagazi Islamia Senior Fazil madrasa principal Sirajuddoula of harassing her sexually on March 27 while she was exposed to his extreme vengeance on April 6 when she went to the madrasah to appear in the HSC equivalent “Alim” examination.

A group of masked youths, reported to be principal’s stooge, took Nusrat to the rooftop and set her on fire in their bid to kill her.

Feni police said the principal was already behind the bar in another case while they launched a manhunt to catch the culprits who tried to kill her.