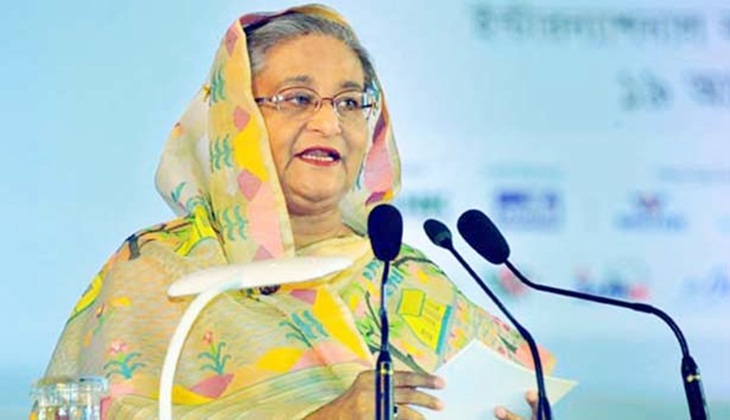 Prime Minister Sheikh Hasina today stressed the need for conducting more research at every sector particularly on the potential ones for making the country’s overall development sustainable.

“We would have to conduct more researches in every sector particularly on the potential ones to make our development sustainable,” she said while distributing cehques among the post-graduate students and researchers under Bangabandhu Fellowship, National Science and Technology (NST) Fellowship and donation for research.

The premier asked the researchers to find out the most potential sectors and sites for research in where more investment requires, keeping the country’s climate, soil and water in mind to expedite its development.

She also put emphasizes on giving special importance on science and technology in carrying out researches, saying, “We would have to step forward in every sectors through doing research.”

To give the economic development and GDP growth a strong and sustainable footing, she said more research is necessary on marine science as the sector is highly potential for economy while Bangladesh has achieved vast maritime area through legal battle.

An oceanography research institute has already been set up at Cox’s Bazar and the subject is being taught at Dhaka University and Chittagong University which would help researchers enrich their knowledge on marine life and geography, she said.

The premier also put stresses on conducting more research on space as Bangladesh could send its own developed satellite to orbit, saying that Bangladesh has already sent Bangabandhu-1 Satellite to space.

Mentioning that a country cannot progress ignoring scientific research, she said Bangladesh’s food autarky was the results of research.

Sheikh Hasina said her government turned the state-financed Bangabandhu Fellowship Project into a trust so that no government in future can discontinue the fellowship programme dedicated to scientific studies and research.

She said her government after coming to power in 1996 allocated budgetary fund for the first time aimed at giving scholarship to post-graduate students for studies and research in various fields. But the next BNP-Jamaat government suspended scholarships of many students forcing them to leave their studies in the midway, she added.

“I hope that such situation will not happen again in future as we made the government financed project into a Bangabandhu Trust and accumulated ample fund so that the fellowship programme can be continued even if we were not in power,” the prime minister mentioned.