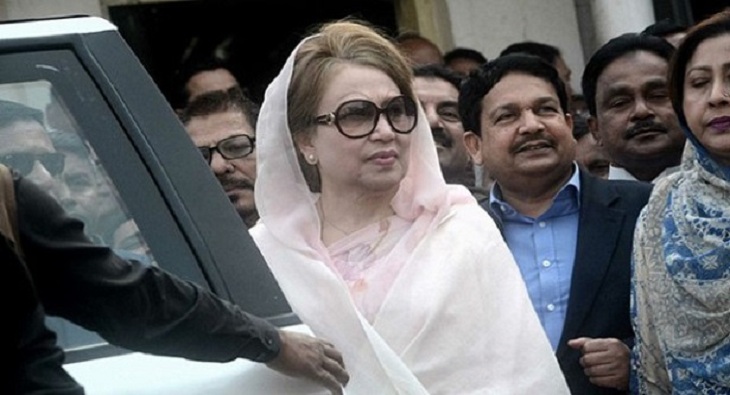 BNP chairperson Khaleda Zia secured a six-month interim bail in a case filed over the death of eight people in an arson attack in Cumilla.

As many as 20 others were also injured when a petrol bomb was hurled at a bus at Jogmohanpur in Chouddagram during the BNP-led alliance's movement on February 3, 2015.

Khaleda's lawyer moved the HC on February 27 after a subordinate court in Cumilla rejected her bail plea on February 4.