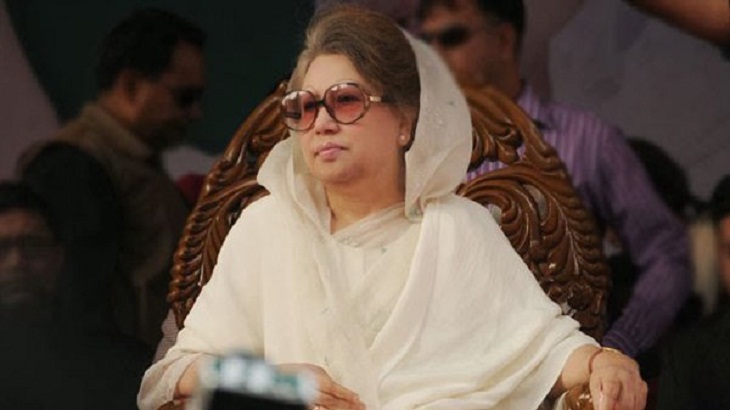 Therefore, Khaleda Zia will not be able to contest in the December 30 parliamentary election.

Earlier, the same HC bench rejected Khalea’s petition expressing “no-confidence” in the bench, which has been assigned by the chief justice to dispose of three writ petitions regarding cancellation of Khaleda's nomination papers filed for contesting in the parliamentary election from Feni-1, Bogura-6 and Bogura-7 constituencies.

Rejecting the “no-confidence petitions, the HC bench judge said that the chief justice has assigned his bench to hear and dispose of the petitions and asked Khaleda’s lawyer Md Ali to start placing argument on the writ petitions.

Md Ali requested the bench to adjourn the hearing but the bench refused the prayer and asked to her place argument. Hearing this, the lawyer left the courtroom.

Khaleda's lawyers yesterday sought a day from the High Court bench to submit the petition. Later, the bench gave them the time until 10:30am today.

Bodruddoza Badal, a lawyer for Khaleda, told the bench that they could not complete the swearing affidavit on her (no-confidence) application yesterday.