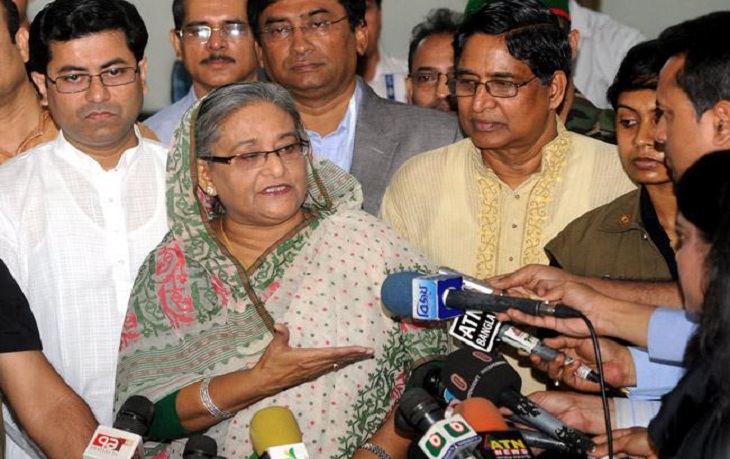 Voicing confidence over her party’s victory in the 11th national election, Prime Minister and Awami League chief Sheikh Hasina on Sunday said the pro-liberation forces will surely come out successful.

“I believe that people will cast their votes in favour of Awami League to continue the pace of development. The ‘Boat’ will surely win,” she said.

The Prime Minister was talking to reporters after casting her vote at Dhaka City College centre here in the morning.

“I believe in democracy and I have confidence in the people of my country. I'll accept the verdict to be given by people," she said.

“It’s a matter of sorrow that four of our activists were killed yesterday. All were killed in knife attacks. Ballot boxes were snatched in Noakhali by people led by the BNP candidate there,” said Hasina.

Urging all the voters and candidates, she said, “We don’t want violence. We want people to cast their votes peacefully. They'll vote for whom they like.”