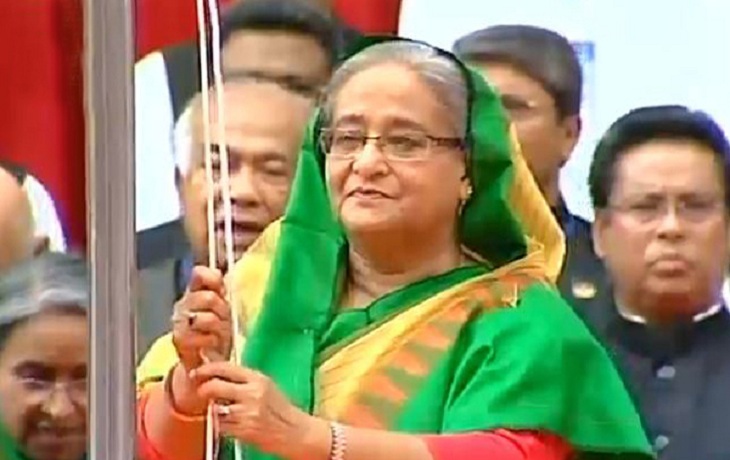 Prime Minister Sheikh Hasina hoisted the flags of Ramu Region Headquarters of Bangladesh Border Guard (BGB) and two newly raised battalions of the force in the suburb of the capital.

The flag hoisting ceremony was held today (on Thursday) at BGB Headquarters at Pilkhana in the capital.

Two new battalions of the BGB were set up at Narayangonj and Gazipur.

Ramu Region is the fifth region of the Bangladesh Border Guard (BGB) situated at Ramu of Cox’s Bazar district near Bangladesh-Myanmar border.

On July 26, 2017, The Prime Minister approved the Ramu Regional Headquarters of the BGB. Seven battalions of Cox’s Bazar and Bandarban sectors will come under the Ramu Headquarters.

Bangladesh going ahead in every sector: Prime Minister

Navy to be made much stronger if AL voted to power again: PM