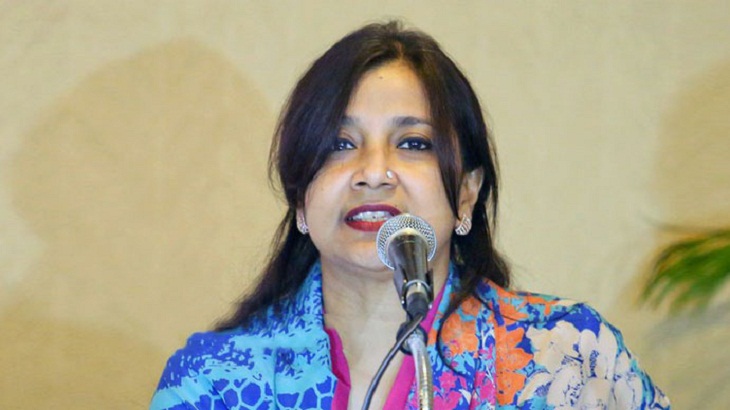 State Minister for Information Tarana Halim on Thursday told Parliament that the BNP-Jamaat clique is operating around 300 Facebook pages from abroad to spread rumours and false information to tarnish the image of the government, ministers and MPs ahead of the national election.

“We know the BNP-Jamaat vested group has opened 300 Facebook pages which are being operated from abroad with an aim to spread rumours and misguide people with false information to dent the image of the government and assassinate the characters of each minister and MPs ahead of the election,” she said.

The junior minister came up with the remarks while replying to a supplementary question by Awami League MP Shamsul Haque Bhuiyan.

Under the circumstances, she said, the government is going to set up a ‘Rumour identification and prevention cell’ which will be functional at the end of this month.

About the function of the cell, Tarana said it will remain in operation round the clock and continuously monitor different social networking sites to inform media within three hours if any rumour is found.

She alleged that a vested quarter using the logos of different noted online portals and newspapers has been spreading rumours on the social media.

During the recent safe road movement by students, Tarana said, such rumours were spread using the BBC logo. “BNP-Jamaat is conducting such false propaganda and circulating false news.”

She called upon the MPs to take steps to have their Facebook pages verified through Bangladesh Telecom Regulatory Commission so that no one can spread false information through using their fake IDs.

The state minister said the government will give the electronic media necessary directions to stop the use of indecent and indecent languages during their live programmes.

Info drive to be conducted to control drug abuse: Tarana