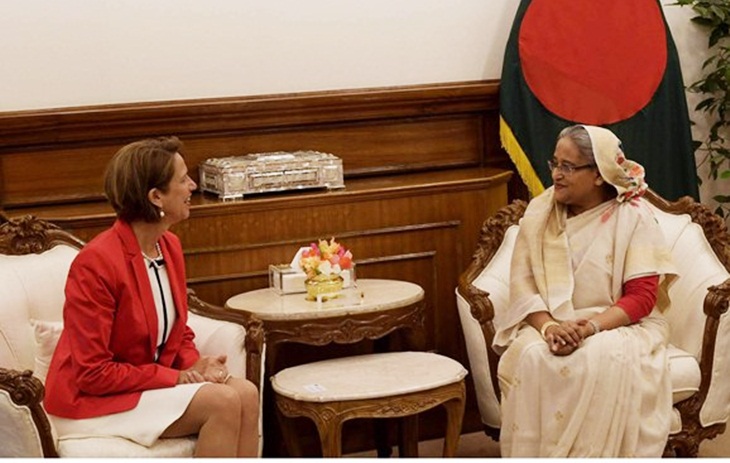 The Prime Minister made the request when the special envoy met her at her office.

He said the Prime Minister mentioned that Bangladesh talked to countries like India, China, Thailand and Laos bordering Myanmar over the Rohingya crisis.

She thanked the international community for their support to the government of Bangladesh on the crisis.

In this regard, Sheikh Hasina mentioned that Myanmar also agreed on the participation of the UNHCR over the repatriation process of the Rohingyas.

The Prime Minister said India, China and even Japan are constructing houses at Rakhaine for the Rohingya people.

She said the people of all religions are living in Bangladesh with communal harmony.

At the meeting, the UN Secretary General’s Special Envoy put emphasis on implementation of the Kofi Annan Commission recommendation to solve the crisis and will extend their support to repatriate the refugees.

Hasina said she has visited Cox's Bazar and was inspired seeing the activities of Bangladesh for the management of the Rohingya refugees.

She mentioned that she also talked to the victims and found that they are still in trauma.

Burgener said she was happy to know the steps taken by the Bangladesh government for providing shelter and education to the Rohingya refugees.

PM asks SSF not to isolate her from people