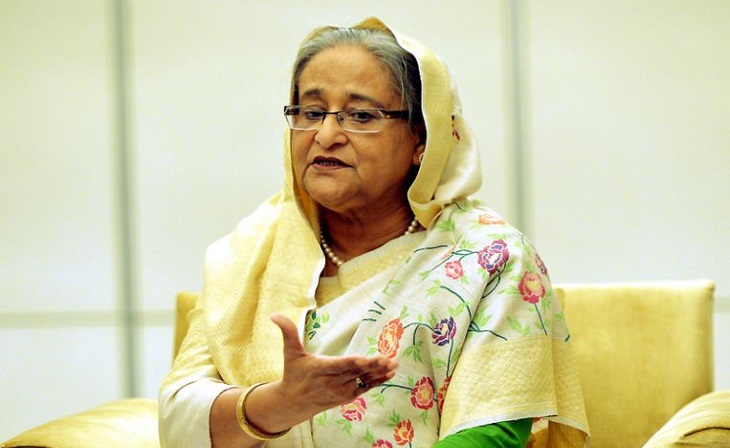 Visiting Director General of the International Organization for Migration (IOM) William Lacy Swing on Monday reaffirmed Prime Minister Sheikh Hasina that his organisation will extend all sorts of support to Bangladesh for the repatriation of Rohingya refugees.

"We’ve vast experience about repatriation …we’ll give you all sorts of support…this is an extraordinary challenge for Bangladesh. Whatever we can do, we’ll do that," he said.

The IOM DG said this when he met Prime Minister Sheikh Hasina at her office.

He said the IOM DG visited Cox's Bazar to witness the plight of Rohingyas on the ground.

He thanked the Bangladesh government for its cooperation and support to the displaced Rohingya people.

William Lacy Swing mentioned all have to work together to resolve the ongoing crisis and said during his visit to Cox's he saw the sufferings of the local Bangladeshis due to the influx of the Rohingyas.

Prime Minister Sheikh Hasina said she does not know how long the Rohingays will stay in Bangladesh. "But we’re trying our best…," she said.

Hasina mentioned that the government is preparing an island to relocate the Rohingyas from Cox's Bazar. "This is to ensure their better living."

She said the August-September is the flooding season in Bangladesh while October-November is a cyclone time. "Keeping that in mind, we’ve prepared the shelter in the island. There’ll be cyclone shelters in that island."

The Prime Minister also mentioned that the government will provide healthcare and education in the Rohingyas.

She also mentioned that the government engaged all, including the army, navy, air force, police, administration and others for managing the refugees.

"Local people are also suffering due the influx of the refugees as their cultivable lands are occupied by Rohingyas," she said.

Talking about the agreement signed with Myanmar government regarding the repatriation of the Rohingyas, she said Myanmar is not acting as per the agreement.

PM asks SSF not to isolate her from people