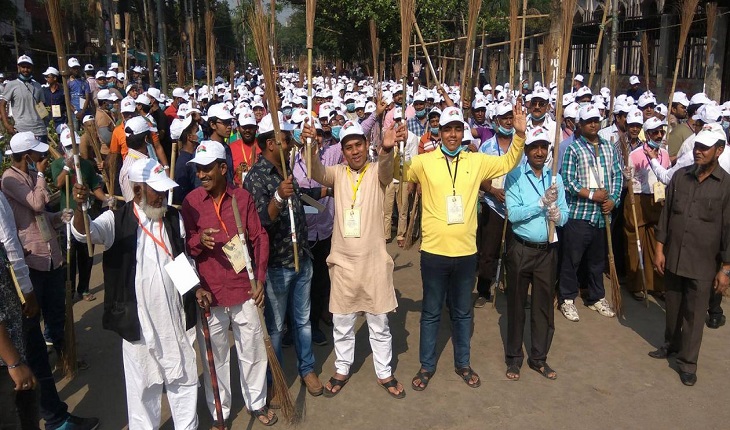 Dhaka South City Corporation (DSCC) set Guinness Book of World Record by cleaning the city with participation of more than 15,000 people in a sweeping programme today.

The DSCC made the new record when 15,304 people gathered to clean the road between Golap Shah Mazar and Jatiya Press Club via Muktangon in the capital around 10:50am.

The city Mayor Sayeed Khokon announced that the city through the two-hour cleaning programme has fulfilled the requirements to set the new record this morning.

The auditors of the Guinness Book of World Records were present during the programme.

The previous record was set by India’s Vadodara Municipal Corporation (VMC) last year as more than 5,000 people took part in a cleaning drive in the Indian city.

The two-hour-long cleaning programme, which started at 9:00am today on the last day of Bangla calendar on April 13.

The registration of the participants started around 8:00am.

Interactive session on US immigration visa process held in Dhaka