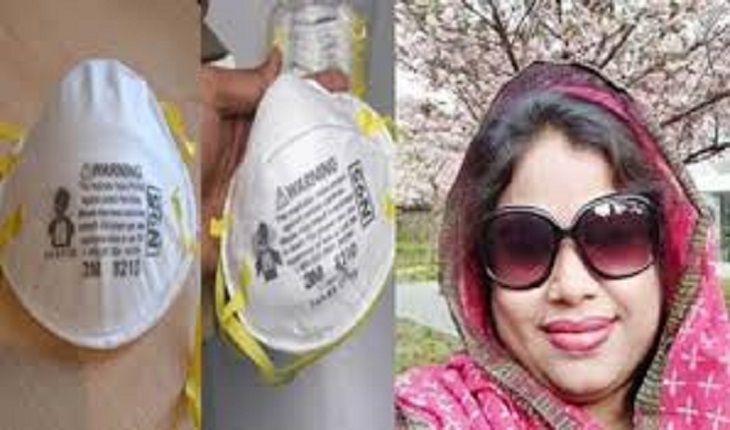 The authorities of Dhaka University have suspended Sharmin Jahan, who is also the owner of Aparajita International, from the post of Assistant Registrar for violating the rules by undertaking educational leave and tarnishing the reputation of the university.

Sharmin was active in other businesses without permission from the university authorities while on holiday, according to a press release released by the university on Sunday.

The release also stated that her arrest and remand for N95 mask scam involvement also tarnished the image of the university.

The university authorities have gave her a show-cause notice and asked her to justify it within seven days.

On 24 July, a forgery case against Aparajita International was filed with the Shahbagh Police Station in the city for supplying fake masks to the Bangabandhu Sheikh Mujib Medical University Hospital (BSMMU).