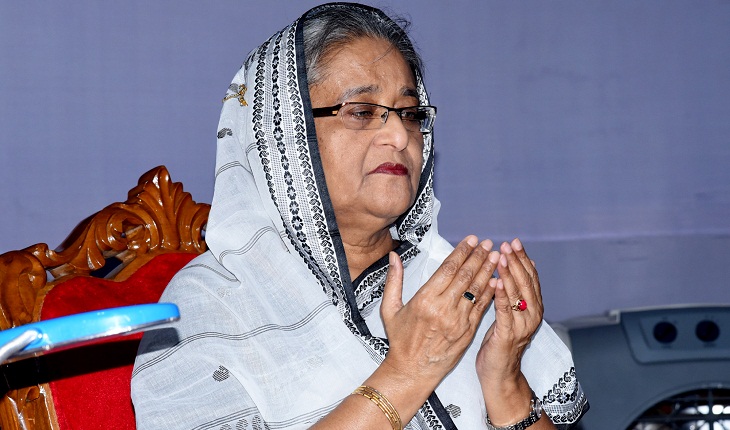 Prime Minister Sheikh Hasina is monitoring round the clock the situation of super cyclone named ‘Amphan’ in the Bay of Bengal.

“The premier is monitoring the situation of the region’s first super cyclone round the clock, while over three lakh people have already been evacuated for their safety from the coastal areas at her directives,” PM’s Press Secretary Ihsanul Karim told BSS on Tuesday night.

All the people have been asked to move to shelter centres by tonight, the press secretary said.

Earlier, the authorities concerned have ordered evacuation of maximum possible number of people to safety before midnight tonight as intensifying wrath of the region’s first super cyclone in decades prompts the Met office to contemplate issuing the highest danger signal number in their existing scale.

“The local authorities have been directed to complete the evacuation before midnight today,” State Minister for Disaster Management and Relief Dr Enamur Rahman told an emergency news briefing at his office here.