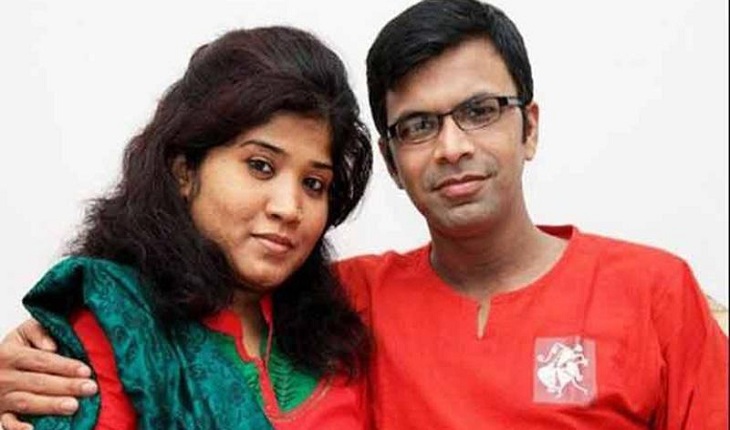 The High Court on Wednesday dropped from the cause list a petition filed by Tanvir Rahman, an accused in the journalist couple Sagar-Runi murder case, seeking cancellation of the case proceedings.

The HC bench of Justice M Enayetur Rahim and Justice Md Mostafizur Rahman dropped the petition as the state raised questions about the jurisdiction of the bench to hear the petition, said Advocate Fawzia Karim Firoz, a counsel of the petitioner.

She said they will appeal to the Chief Justice for holding the hearing on the petition at the same bench.
Deputy attorney general Amit Talukdar represented the state.

On March 2, Rapid Action Battalion (RAB) submitted a progress report on the Sagar-Runi murder case in affidavit form to the Attorney General Office.

According to the report, two unidentified people were involved in the murder.

On November 14, 2019, the High Court in its observation said the success of RAB would fade if it fails to debunk the mystery behind the murder of journalist couple Sagar and Runi.

On October 20, 2019, it summoned the investigation officer to appear before it within November 6 to explain why investigation into the case has not been completed even after eight years of the murder.

The court also issued a rule asking the government to explain as to why the proceedings of the case should not be quashed.

Police arrested Tanvir in connection with the murder case on October 1, 2012. Later, he secured bail in 2014.