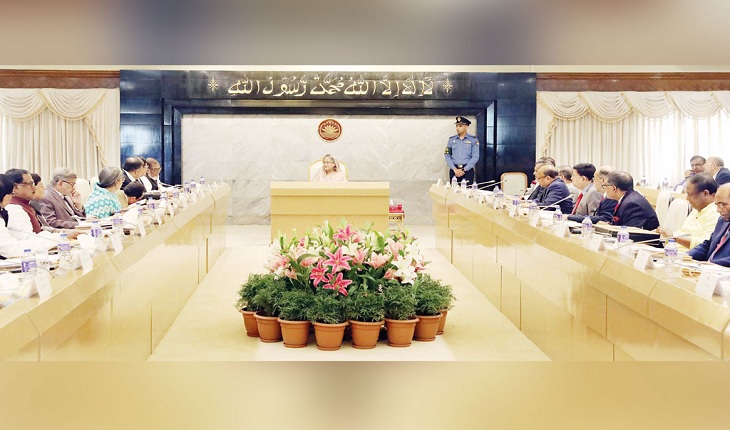 The cabinet approved in principle the draft of a law keeping a provision of merging Dhaka Children Hospital and Bangladesh Institute of Child Health for providing better treatment facilities to the children.

The approval came from a regular weekly meeting of the cabinet with Prime Minister Sheikh Hasina in the chair at the Prime Minister’s Office this morning.

“The cabinet approved in principle the draft of “Bangladesh Children Hospital and Institute Act, 2020” in accordance with the “Dhaka Children Hospital Ordinance, 2008,” Cabinet Secretary Khandker Anwarul Islam told a news briefing at Bangladesh Secretariat here this afternoon following the meeting.

He added that the draft has proposed a provision of merging Dhaka Children Hospital and Bangladesh Institute of Child Health aimed at ensuring better healthcare services to the children.

He continued that the draft law comprising 21 sections has recommended to form a 12-member board of directors to run the hospital as an autonomous body in a proper manner.

Anwarul also said that the government will formulate necessary rules through gazette as part of the move to implement the law accordingly.

He went on saying that the cabinet also approved the draft of the agreement to be signed between Bangladesh and Greece regarding assistance on education and culture, he said adding, “Bangladesh has already signed agreements with 44 countries on cultural assistances aimed at enhancing cultural ties among the countries.”

Replying to a query, the cabinet secretary said the Korean government wants to provide newer technology — having capacity of screening any kind of viruses — to Bangladesh as part of their goodwill gesture.

He added that the technology will be installed at every airport in addition to the existing equipment as part of the preventive measures to detect passengers for positive coronavirus.

“But, the Korean government is yet to approach the matter in written form. After getting formal letter, we will inform you (media) of the matter,” he said.

The meeting was apprised of Prime Minister’s participation in “Abu Dhabi Sustainability Week, 2020” and “Zayed Sustainability Award, 2020” in the United Arab Emirates from January 12-14.