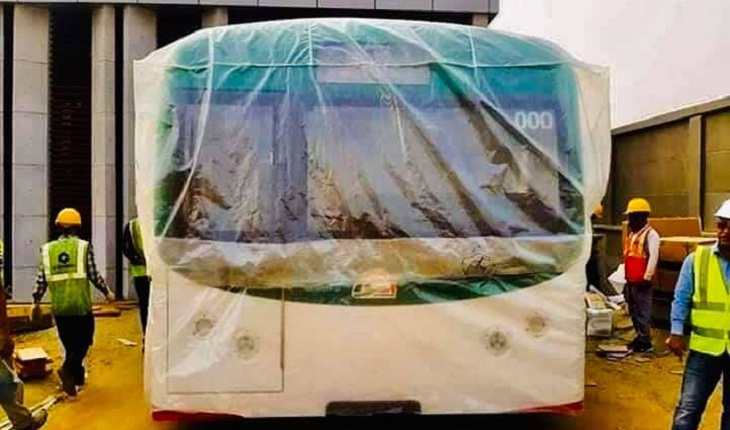 A prototype or mock-up of the metro rail was brought to Dhaka to inform people about Bangladesh's new mode of public transport.

The replica is to be unveiled by Prime Minister Sheikh Hasina after its inauguration.

The mock-up train entered Monday morning at the Diyabari Metro Rail Depot in Uttara. On arrival at the depot the metro rail staff reveal it.

The display will start in late next month at the MRT-6 exhibition and information center in Dhaka's Uttara.

"We unpacked the[ mock-up] coach today and mounted it at the exhibition center floor, so that other unfinished work could be completed smoothly," he said.

Both testing will be finished soon, he said, and the mock-up coach will be opened to the public late next month.