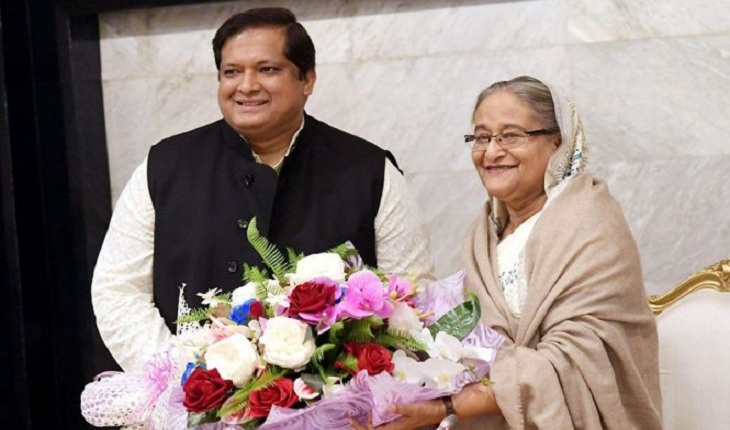 Prime Minister Sheikh Hasina described clinching of the ICC Under-19 World Cup trophy by Bangladesh Under-19 Cricket Team as a gift for the nation in the Mujib Borsho (Mujib Year).

While addressing at the outset of today’s cabinet meeting at the Prime Minister’s Office (PMO) this morning, she also announced that the team will be accorded a grand reception after their return home for the great success.

The young Tigers lifted the coveted trophy as they beat mighty India by three wickets in the final of the tournament at Senwes Park in Potchefstroom, South Africa on Sunday.

“Winning the ICC Under-19 World Cup trophy by the Bangladesh Under-19 Cricket Team is a gift for the nation in the Mujib Borsho,” the premier said.

Sheikh Hasina recalled that the Bangladesh national cricket team was given a grand reception on the Manik Mia Avenue in the capital in 1997 after becoming champions in the ICC Tournament.

The prime minister said the players of the team did hard work for the last four years ahead of the ICC Under-19 World Cup. “(As a result) they showed an excellent performance throughout the tournament,” she noted.

The premier said the Bangladesh team defeated four-time ICC Under-19 World Cup champions India in the final. “They (Bangladesh players) have a huge courage and they’re rising gradually,” she said.

When some cabinet members proposed for declaring a public holiday to celebrate the Bangladesh team’s winning of the ICC Under-19 World Cup, Sheikh Hasina deferred with their proposal saying that rather, all will have to do more work for this achievement.

“My proposal is that all will have to do work one day more (or) one hour more daily for this joy,” she said.

While speaking on the issue, a minister termed the clinching of the ICC Under-19 World Cup trophy by Bangladesh Under-19 Cricket Team is the “greatest achievement” in the history of Bangladesh’s sports.

“This is the greatest achievement in the history of Bangladesh’s sports … there is no doubt of it,” he said.

The minister said the team skipper Akbar Ali showed his brilliant maturity in the final of the tournament. “It’s a matter of learning (from him) that how the situation is handled during the crisis period and everybody should have that effort,” he said.

He compared the Akbar’s match-winning innings with Akram Khan’s great batting against the Netherlands in the 1997 ICC Trophy in Kuala Lumpur.