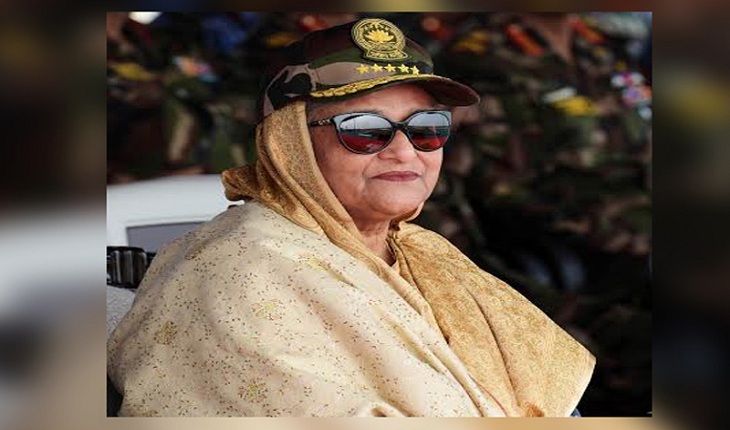 The prime minister witnessed the winter exercise as the chief guest at the offshore island of Swarna Dweep in Noakhali’s Hatia upazila this morning.

The navy and air force units also joined the hour-long exercise as part of demonstration of coordinated operations of the three armed forces.

Modern tanks, APCs, MiG fighter planes, MI helicopters of the three armed forces took part in the exercise where a mock war was staged between the Bangladesh Armed Forces and the enemy force.

The drill ended with the victory of the Bangladesh Armed Forces.

Brigade Commander of 222 Infantry Brigade Group Brigadier General Mahbub informed the victory of the armed forces against the enemy force to the premier.

Sheikh Hasina later congratulated the Bangladesh Armed Forces on their victory against the enemy force.

Local parliament members, the chiefs of the three armed services, secretaries to the PM and high civil and military officials were present on the occasion.

The prime minister also inaugurated three multipurpose cyclone shelters, the planned afforestation project and one megawatt solar power plant constructed and implemented by the army at the island.