US policeman jailed for Australian's murder 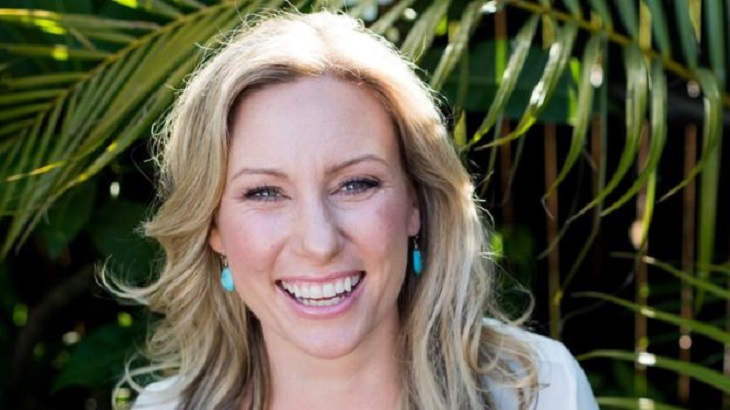 A former policeman in the US state of Minnesota has been sentenced to 12 years and six months in prison for fatally shooting an unarmed woman who was trying to report a possible crime.

Mohamed Noor shot Justine Ruszczyk Damond as she approached his patrol car to report a possible rape behind her Minneapolis home in July 2017.

He said the shooting was a mistake.

In court, Ms Damond's father, John Ruszczyk, called the killing "an obscene act by an agent of the state".

"Justine's death has left me incomplete - it is as if I have lost a limb or a leg," he said in an impact statement.

Ms Damond was due to marry a month after the shooting
Ms Damond's fiancee, Don Damond, read an emotional statement addressed directly to her.

"Dear Justine, I miss you so much every day, every moment," he said. "I don't understand how such a thing could happen to you and to us."

Noor is the first Minnesota police officer to be found guilty of murder for an on-duty shooting. At his sentencing on Friday, the 33-year-old apologised for taking Ms Damond's life.

"I caused this tragedy and it is my burden," he told the court. "I wish though that I could relieve that burden others feel from the loss that I caused. I cannot, and that is a troubling reality for me."

Some in the Somali-American community - Noor is Somali - have argued that the case was treated differently than police shootings involving white officers and black victims.

Noor said he opened fire on the 40-year-old yoga instructor because he feared that he and his partner were being ambushed.

He said he made the "split-second decision" after hearing a loud bang and seeing Ms Damond with her right arm raised.

The police officers had been called to the area to respond to a 911 call made by Ms Damond about the suspected sexual assault.

Ms Damond, a US-Australian dual citizen originally from Sydney, was engaged and due to marry a month after the shooting.

Media captionJustine Damond's family hold a silent vigil at a beach in Sydney in 2017
She had adopted the surname of her fiancé, Don Damond, ahead of their wedding.

Her family was promised $20m (£15.5m) in compensation by the US city of Minneapolis last month. They said they would donate $2m towards fighting gun crime.