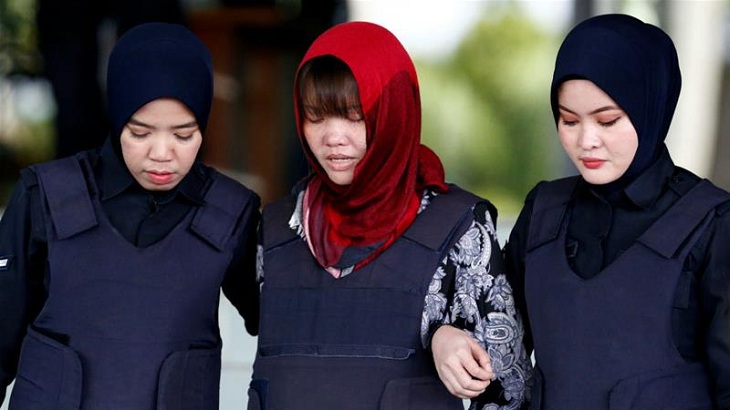 The Vietnamese woman accused of the 2017 killing of Kim Jong-nam, the half-brother of North Korea's leader, has been released, her lawyer says.

Doan Thi Huong was freed after accepting a deal with Malaysian prosecutors and pleading guilty to a lesser charge of "causing injury".

Both women deny murder and say they thought they were part of a TV prank.

The two women have also repeatedly said they were innocent victims of an elaborate North Korean plot.

Ms Huong was released on Friday. She had received a short jail term - but it was cut due to sentence remissions.

Ms Aisyah was freed in March after charges against her were dropped. The prosecution did not provide a reason for the decision.

How did the murder happen?

Kim Jong-nam, the estranged half-brother of North Korea's leader Kim Jong-un, had been waiting to board a flight from Kuala Lumpur to Macau on 13 February 2017 when two women approached him in the departure area.

CCTV footage showed one of them placing her hands over his face, then both women leaving the scene.

Mr Kim died on the way to hospital from what was later found to be exposure to the nerve agent VX, one of the most toxic of all known chemical agents.