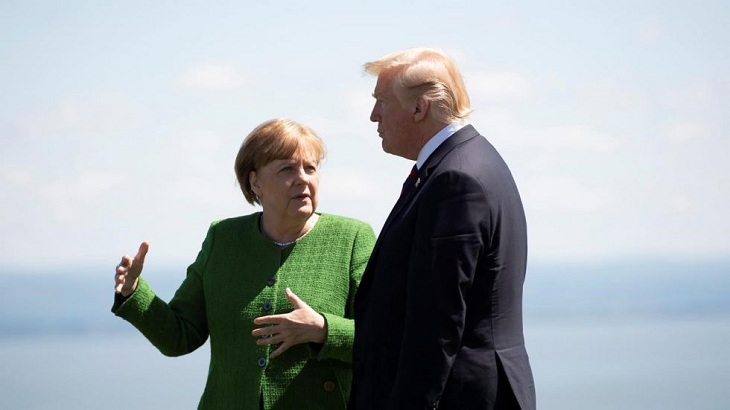 She conceded in an interview on German public television Sunday that the meeting's outcome "wasn't a great thing."

"I have spoken of a sobering experience, which for me is a lot," she added.

Merkel, French President Emmanuel Macron and the other leaders clashed with Trump over steel and aluminum tariffs as well as his decision to abandon a deal with Iran to limit its nuclear program.

The group managed a common statement in which they agreed to disagree on some issues, only to have Trump disavow the document in a tweet after leaving the meeting.

Merkel said that "taking it back by tweet was of course sobering and also a little depressing."

She said the European Union would "act" against the U.S. trade measures, which European leaders regard as going against the rules of the World Trade Organization.