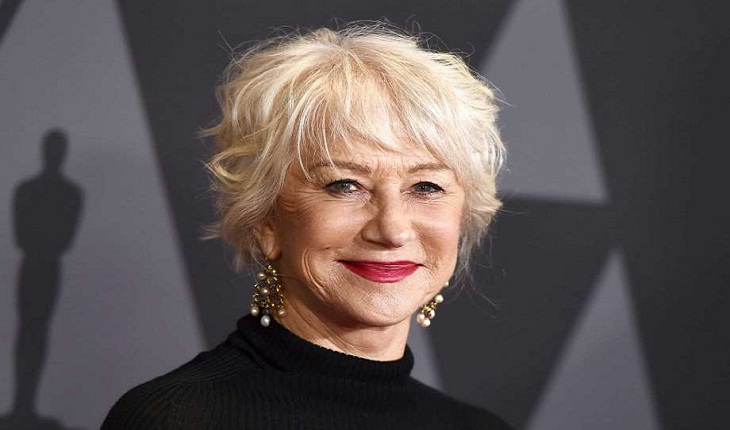 Helen Mirren says her new film "Winchester " isn't a horror flick, but rather a ghost story with foreign roots and a distinct American element — the psychological impact of gun deaths.

Mirren plays the real-life Sarah Winchester, a 19th-century heiress who inherited a massive fortune from her husband's creation of the Winchester repeating rifle shortly after the Civil War. In the film, Winchester believes she is haunted by those killed by the firearm, which allowed for more rapid firing than previous rifles.

Part of the film was shot at Winchester's mansion in San Jose, California, where she moved after the death of her husband in 1881. Now known as the "Winchester Mystery House," it is a popular tourist attraction and has more than 160 rooms, 10 thousand windows, two thousand doors and forty staircases.

According the lore around Winchester's life, she ordered constant construction on the home to try to confuse the ghosts she believed were haunting her.

Despite "Winchester's" themes, Mirren, 72, said the film isn't trying to make any broad statements about gun ownership in America.

"What I like about it and I think ... about America is that it doesn't deal with whether you can carry guns or not. That's kind of not the issue," she said. "The issue is more putting the question mark or the weight of moral decision upon the people who make a fortune from making arms — whether they're guns, bombs, grenades ... or whatever it is. It puts a moral decision upon the people who make huge fortunes from making and then I would say the armaments dealers in the world I would like to see it... I see it personally in a much more global way."