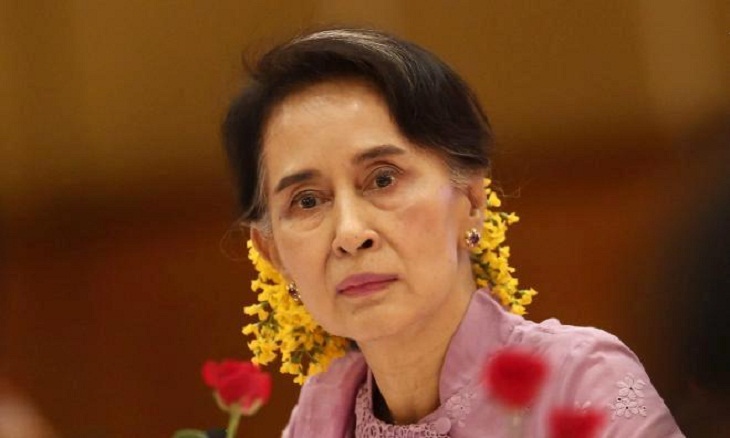 Myanmar’s de facto leader Aung San Suu Kyi’s lack of response to the plight of the Rohingya Muslims has led to calls for her to be edited from a book of inspirational women.

According to a report published on The Guardian on December 24, there have been calls from both parents and critics to cut Suu Kyi from the book “Good Night Stories for Rebel Girls”.

The book has stories of 100 women included in its pages and Aung San Suu Kyi is one of them.

“When the book was written last year, Aung San Suu Kyi was deemed a worthy subject: winner of the Nobel peace prize and epitome of courage in the face of oppression. But her fall from grace over her response to violence against Myanmar’s Rohingya Muslims, described by the UN as possible genocide, has triggered calls for her to be taken out of future editions”.

In response, the authors, Elena Favilli and Francesca Cavallo, are considering removing her from reprints.

“As much as 99 per cent of book is inspiring, I found it absolutely disgusting that you have included someone suspected of genocide in the book. Aung San Suu Kyi has no place between those women. Someone who does nothing and perhaps is directly involved in massacres, rapes, burning of kids alive…I am speechless she is in the book,” writes Lenka Uzakova on the book’s Facebook page.

Good Night Stories for Rebel Girls was first published in the US and is described as the “most-funded original book in the history of crowdfunding”. It is published in the UK by Particular Books, part of Penguin Random House. Last week Blackwell’s named it as its book of the year, beating among others Arundhati Roy’s The Ministry of Utmost Happiness.

Suu Kyi, who has won more than 120 international honours, including the Nobel prize, was last week stripped of her Freedom of the City of Dublin award and earlier lost her Freedom of Oxford accolade. The Dublin decision came after musician and activist Bob Geldof returned his own Freedom of the City in protest. St Hugh’s College Oxford, where Aung San Suu Kyi studied, has taken down her portrait.

It is estimated that 650,000 Rohingya Muslims have been forced to flee to neighbouring Bangladesh since the crackdown by Myanmar’s security forces began on August 25.

UK to mount pressure on Myanmar for Rohingya repatriation