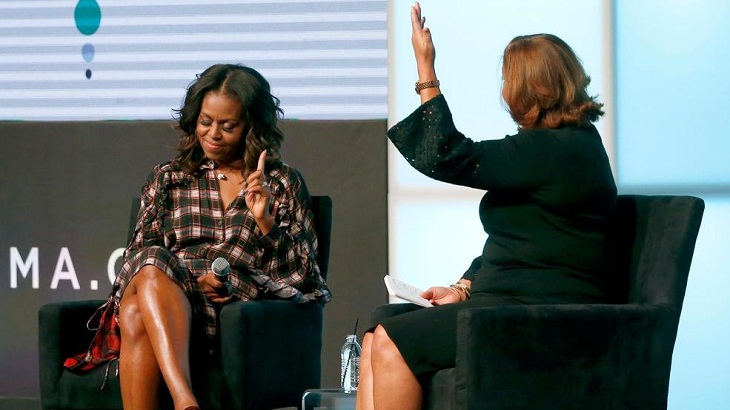 Former first lady Michelle Obama says words matter, particularly in an age where Twitter and other social media can be used like a weapon.

She addressed a summit of young leaders Wednesday hosted by the Obama Foundation. She says people shouldn't "tweet every thought" because "first initial thoughts are not worthy of the light of day."

The comments drew laughter from the crowd as Obama added she wasn't "talking about anybody in particular."

She says when people tweet, especially young people, they need to think it over, spell correctly and use good grammar.

Former President Barack Obama gave the closing remarks later, saying he was inspired by what he heard from young leaders during the two-day event.

Obama tears up during tribute to Michelle, daughters