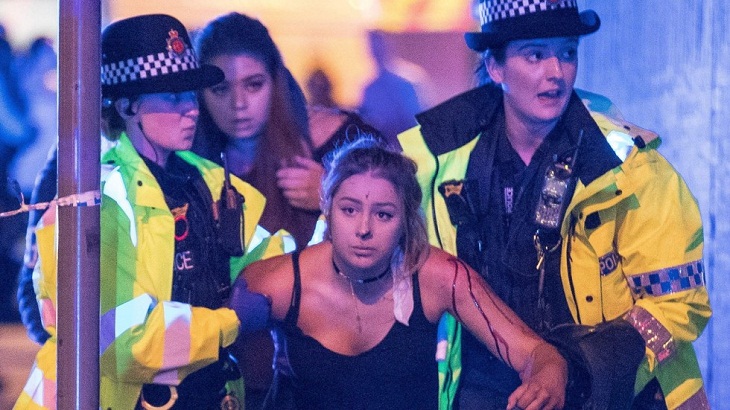 Greater Manchester Police say the death toll from a deadly blast at an Ariana Grande concert in the city has now risen to 22.

At least 59 others were injured in the blast which took place on Monday night shortly after the end of the US singer’s performance.

Greater Manchester Police said the lone male attacker, who died in the blast, was carrying an improvised explosive device which he detonated.

Relatives are using social media to hunt for missing loved ones.

British Home Secretary Amber Rudd said it was "a barbaric attack, deliberately targeting some of the most vulnerable".

The prime minister of Britain is to chair a meeting of the government's emergency Cobra committee at around 09:00 BST.

In light of the attack, political parties have suspended campaigning ahead of the general election.

The explosion occurred shortly after Ariana Grande left the stage at the arena - the city's largest indoor venue with a concert capacity of around 21,000.

from the bottom of my heart, i am so so sorry. i don't have words."

The blast occurred close to the entrance to Victoria train and tram station has been closed and all trains cancelled.

Police also carried out a precautionary controlled explosion in the Cathedral Garden area of the city at about 01:32. The force later confirmed it was not a suspicious item.

Militant couple, 3 of their family killed in ‘suicide blasts’