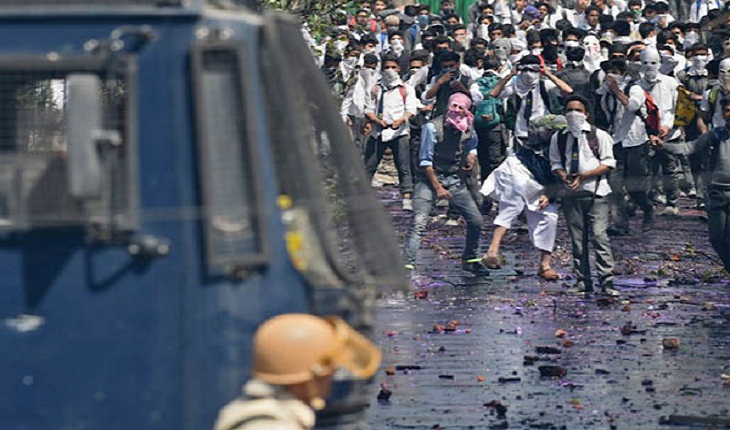 Three more-one of them a former counter-insurgent leader-were killed by suspected rebels.

Footage apparently showing a civilian tied to the front of an army jeep to deter protesters from throwing stones at the vehicle has also caused outrage after it was circulated on social media last week.

The Kashmir University Students Union, a banned student body, had called for protests in all colleges and universities following Saturday’s incident.

Students in Pulwama alleged on Saturday that police and paramilitary troops raided the college to try to arrest students involved in anti-India protests in the area.

In a statement Saturday, the union said the police action was designed to help the state “rule by repression and fear”.

Kashmir has been divided between India and Pakistan since the end of British rule in 1947. Both claim the territory in its entirety.

Police and army officials say dozens of local youths have joined the rebel ranks since then.