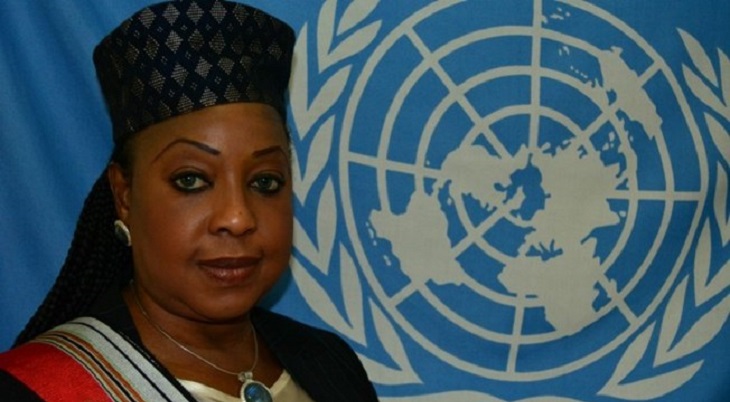 Fatma Samoura has no experience working in sports but FIFA President Gianni Infantino hopes that will help it try to regain the trust and credibility of the world.

"We want to embrace diversity and we believe in gender equality," Infantino told the FIFA Congress in Mexico City.

The 54-year-old Samoura, who will replace the fired Jerome Valcke if she passes an eligibility check, is currently working in development for the U.N. in Nigeria.

"She is used to managing big organizations, big budgets, human resources, finance," Infantino told FIFA's membership. "She will bring a fresh wind to FIFA - somebody from outside not somebody from inside, not somebody from the past. Somebody new, somebody who can help us do the right thing in the future."

Samoura, who speaks French, English, Spanish, and Italian, appears to have no experience dealing with commercial deals and broadcasters - a key part of the job as FIFA's top administrator.

FIFA said she coordinates the activities of around 2,000 staff members, and "monitors and evaluates the security, political, and socio-economic situation and trends in Africa's most populous country."

"She has a proven ability to build and lead teams, and improve the way organizations perform," Infantino said. "Importantly for FIFA, she also understands that transparency and accountability are at the heart of any well-run and responsible organization."

Also, FIFA lifted Indonesia's suspension from world soccer. Indonesian national and club teams, referees, and officials were banned over government interference in the running of the national federation.

Indonesia was readmitted after the government agreed to end its suspension of the soccer federation, but the national team has missed out on qualifying for the 2018 World Cup and 2019 Asian Cup while banned.

Benin and Kuwait are suspended due to government interference in their federations' independence.