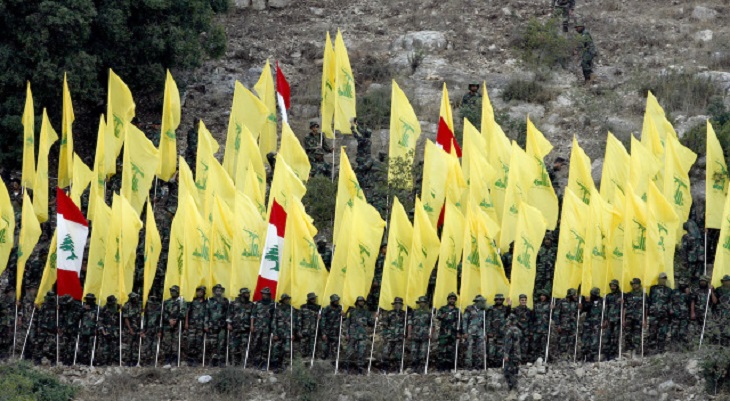 HEZBOLLAH. A file photo dated August 14, 2015 shows Hezbollah militia members posing with Hezbollah flags as they listen to the speech of Hezbollah leader Hassan Nasrallah via a giant screen during the 'Victory Festival' to mark the 9th anniversary of the end of the 2006 July War between Hezbollah and Israel in Wadi Al Hujeir area, southern Lebanon. File photo by EPA

Hezbollah on Friday announced the death of its military commander in Syria, Mustafa Badreddine.

"He said a few months ago, 'I will not come back from Syria, unless a martyr or carrying the flag of victory'. He is the top commander Mustafa Badreddine. And he came back today as a martyr," the Shiite movement said in a statement carried by the Al-Manar TV channel.

He was one of five figures from Hezbollah accused of the assassination of Rafic Hariri, the former prime minister of Lebanon.