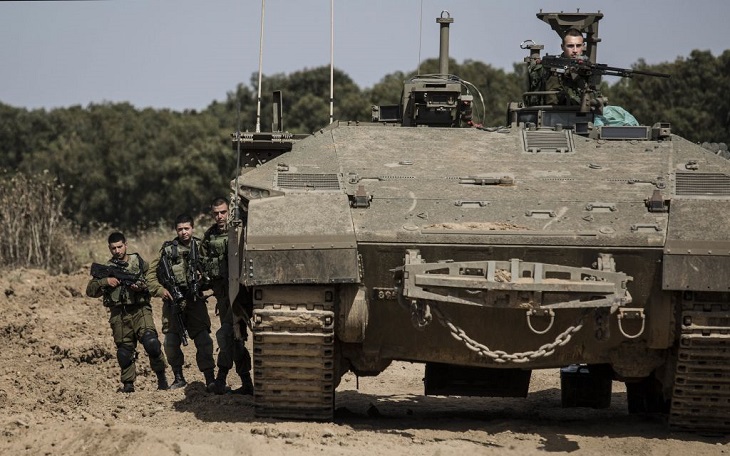 "Earlier today... a rocket was fired from the Gaza Strip at southern
Israel," a military statement read. "In response... aircraft targeted two Hamas terror infrastructures in the southern Gaza Strip."

There were no immediate reports of casualties.

The rocket and air strikes marked the fourth day of the worst cross-border violence since the 50-day war in 2014, which left 2,251 Palestinians and 73 Israelis dead.

Mortar and tank fire between Israel and Palestinian militants, as well as Israeli air strikes, have raised concerns of a new war in the Hamas-run territory.

No Palestinian group immediately claimed responsibility for the rocket attack, but an Israeli military spokesman said Hamas, the Islamist rulers of Gaza, "must be held accountable" for it.

Since Wednesday, Hamas and other militant groups have fired at least 12 mortar rounds across the frontier at Israeli forces conducting searches along the border and just inside Gaza for infiltration tunnels leading into southern Israel.

The tunnels are among the most feared weapons of Hamas fighters during the 2014 summer war, and one was uncovered by the army stretching into Israeli territory on Thursday.

Ismail Haniya, Hamas' leader in Gaza, said meanwhile on Friday his
organisation was "not calling for a new war", but would not accept Israeli incursions into the Palestinian enclave.