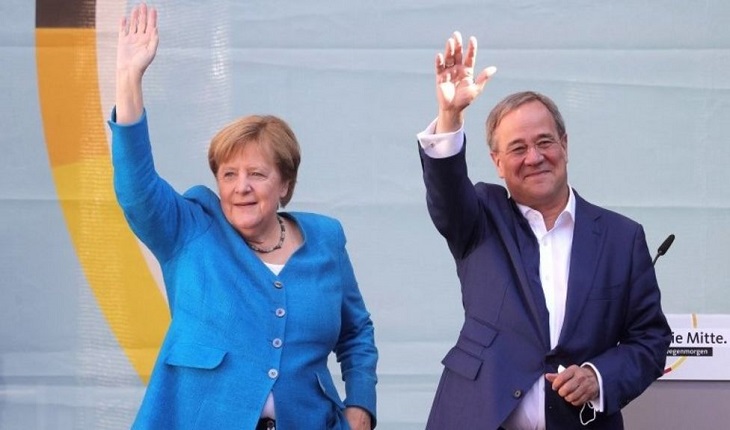 Outgoing Chancellor Angela Merkel and her party's candidate to replace her, Armin Laschet, spoke at a rally on Saturday | Photo: EPA

Germans began voting Sunday in a watershed national election that will mark the end of 16 years in power for Angela Merkel and determine who will succeed her as chancellor.