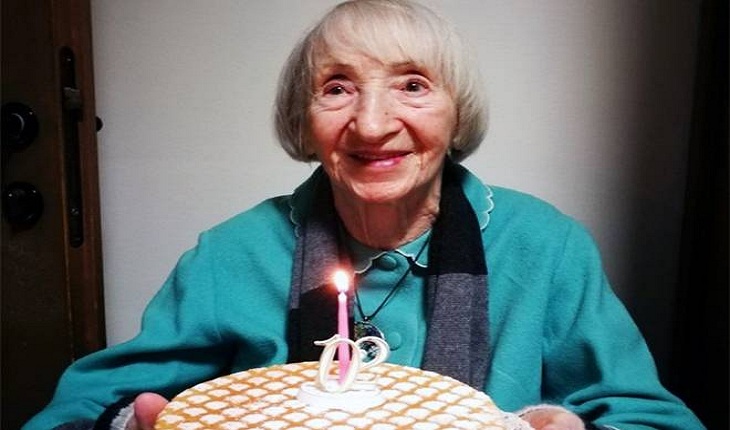 A 102-year-old woman has recovered from coronavirus in the northern Italian city of Genoa after spending more than 20 days in hospital, doctors who treated her and her nephew told CNN.

"We nicknamed her 'Highlander' – the immortal," said doctor Vera Sicbaldi, who treated Italica Grondona in the San Martino hospital in Genoa.

"Italica represents a hope for all the elderly facing this pandemic."

The average age of those who have tested positive for coronavirus and subsequently died in Italy is 78, according to the country's National Health Institute.

Grondona was hospitalized at the beginning of March for "mild heart failure," Sicbaldi told CNN.

"She only had some mild coronavirus symptoms, so we tested her and she was positive, but we did very little, she recovered on her own," Sicbaldi added.

Doctors say her case impressed them so much that they decided to study it deeper.

"We got serological samples, she is the first patient we know that might have gone through the ‘Spanish flu’ since she was born in 1917," Sicbaldi explained, referring to the 1918/1919 flu pandemic that killed at least 50 million people worldwide, according to Centers for Disease Control and Prevention.

Grondona left hospital on March 26 and is now in a care home. "I don’t know what her secret is, but I know she is a free and independent woman," her nephew Renato Villa Grondona told CNN.

Her only son died in the US decades ago. "But she loves life, dancing and music, she loves Freddy Mercury and Valentino Rossi," Villa Grondona said, referring to the multiple MotoGP World champion.