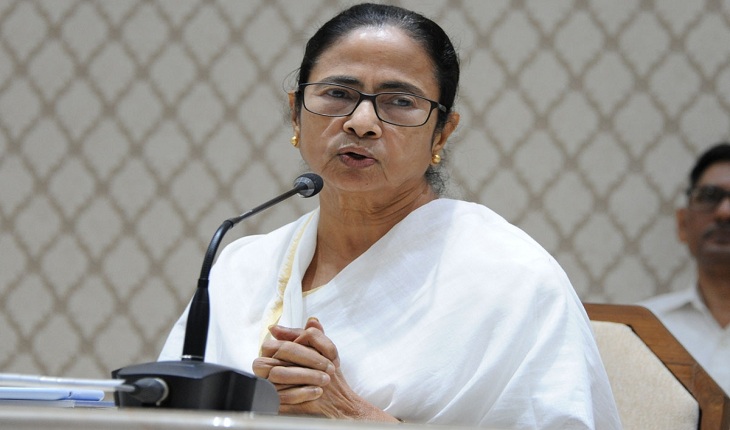 West Bengal Chief Minister Mamata Banerjee said on Tuesday that those who have from Bangladesh and have been voting in elections are citizens of India and they are not required to apply for citizenship afresh.

Mamata Banerjee slammed the Modi government over how the clashes in Delhi, which claimed at lest 46 lives, were handled and asserted that she will not allow West Bengal to turn into another Delhi.

"Those who have come from Bangladesh are citizens of India... They have got citizenship. You don't need to apply for citizenship again. You have been casting your votes in elections, electing PM and CM... Now they are saying that you are not citizens... Don't believe them," she said at a public meeting.
The chief minister also asserted she will not let "even a single person" be driven out of Bengal. She said no refugee, living in the state, will be deprived of citizenship.

Hitting out at the central government over the Delhi violence, the TMC chief said, "Don't forget this is Bengal. What happened in Delhi will never be allowed to happen here. We do not want Bengal to turn into another Delhi or another Uttar Pradesh."

The BJP has often accused Ms Banerjee of "Muslim appeasement" and pandering to the interests of the minority community for "vote bank politics".