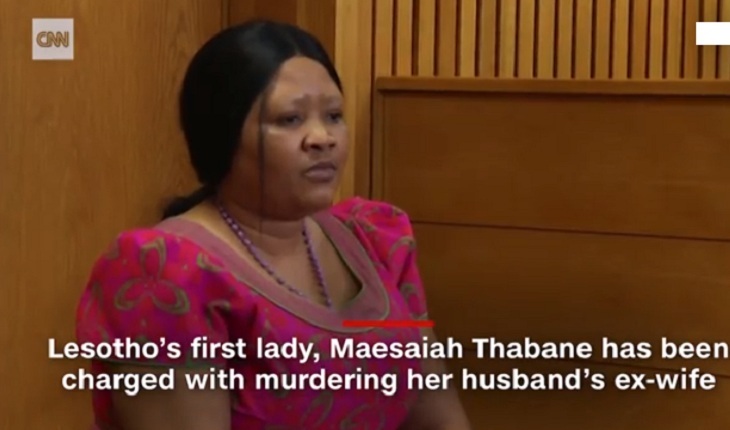 The first lady of Lesotho, Maesaiah Thabane has been charged with murdering her husband's former wife in a crime that has gripped the tiny mountainous kingdom.

Lipolelo Thabane was shot dead outside her home in the capital Maseru just two days before Prime Minister Thomas Thabane's inauguration in June 2017.

Maesaiah Thabane, 42, appeared in court Wednesday and was remanded in custody after the murder charge.

She was also charged with the attempted murder of a second woman who was with the former first lady the night she was killed.

The murder has shocked the small kingdom surrounded entirely by South Africa.

With political pressure mounting, the 80-year-old Prime Minister announced last month that he would respect the wishes of the ruling party and would resign from office. A date for his resignation has not yet been announced.

CNN has made repeated attempts to reach Maesaiah Thabane's lawyer but has been unsuccessful.

Police told CNN the first lady became a prime suspect after she failed to appear for questioning in January in connection to Lipolelo Thabane's killing.

She later turned herself in on Tuesday morning at a police station close to the border with South Africa.
Before the shooting, the Prime Minister and his first wife were negotiating their divorce.

The Prime Minister remarried less than three months after her death, according to local media reports.