Kejriwal’s daughter on BJP’s ‘terrorist’ dart at her father 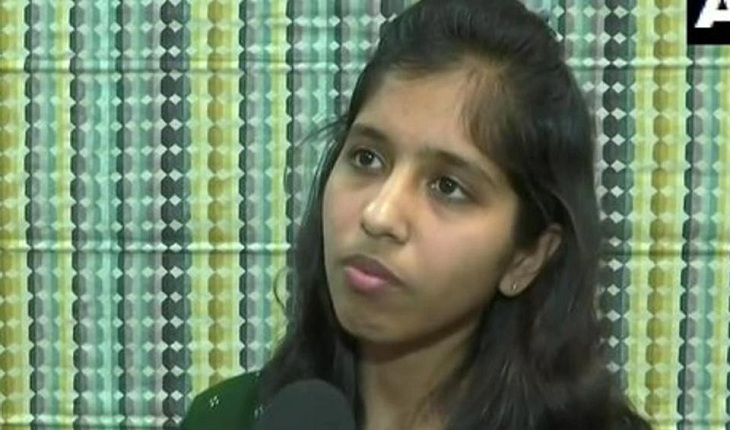 Delhi chief minister Arvind Kejriwal’s daughter has hit out at the BJP for calling her father a “terrorist” ahead of the February 8 assembly elections.

Harshita Kejriwal, 24, said BJP leaders’ remarks were a “new low in politics” as she listed the work done by the Arvind Kejriwal-led government in Delhi in the last five years.

Her comments came after the Bharatiya Janata Party’s lawmaker Parvesh Verma first used the term for the Aam Aadmi Party (AAP) leader during a campaign trail in January while talking about the anti-citizenship act protesters in Shaheen Bagh.

Then Union minister Prakash Javadekar said on Monday that Kejriwal had called himself an “anarchist” and there is not much of a “difference between an anarchist and a terrorist”.

Harshita took on the criticism levelled by the BJP and went about demolishing the argument.

“My father has always been in social services. I still remember he used to wake us - my brother, mother, grandparents and I - up at 6am, make us read the Bhagwad Gita and sing ‘Insaan se insaan ka ho bhaichara’ song and teach us about it. Is this terrorism?” she questioned.

Harshita Kejriwal added that the outcome of the Delhi assembly polls on February 11 will provide a fitting answer to the critics.

“Let them level allegations, let them bring 200 MPs and 11 CMs. Not only us, but 2 crore common people are also campaigning. They will show them on 11th February if they cast votes on the basis of allegations or the work done,” she said.

The BJP has attacked Kejriwal over a host of issues, especially Shaheen Bagh, with several leaders of the party led by Union home minister Amit Shah describing the protests at the southeast Delhi colony as being against the national interests.

The AAP had swept the polls by winning 67 of the 70 seats in the last assembly elections in 2015. The BJP is looking to get some hold on Delhi after winning just three seats that year.