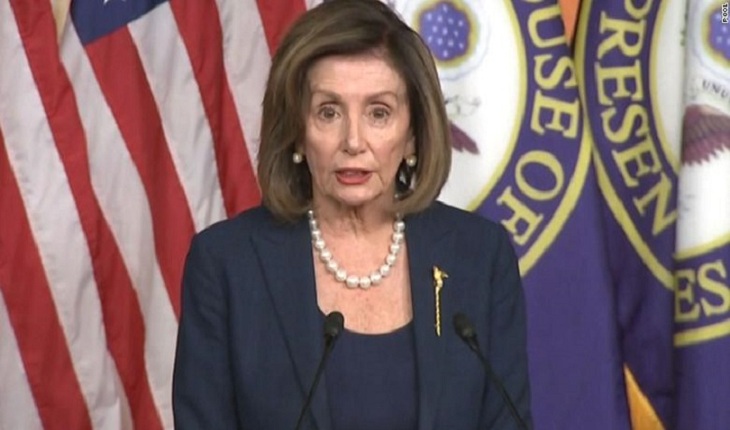 In response to a question about the power held by Facebook (FB) CEO Mark Zuckerberg on Thursday, Pelosi accused the company of being "accomplices for misleading the American people with money from god-knows where."

She also suggested that the company cares about profits above all else. "All they want are their tax cuts and no antitrust action against them," she said, adding that she believes Facebook "schmoozed" the Trump administration. The comments came at Pelosi's weekly press conference on Capitol Hill.
CNN Business has reached out to Facebook for comment.

Pelosi went after Facebook last year when the platform refused to take down a video that was doctored to make it sound like she was slurring her words.

"I think they have proven — by not taking down something they know is false — that they were willing enablers of the Russian interference in our election," she said in May.

Facebook has come under intense criticism from Democrats for its policy of not fact-checking ads run by politicians -- a policy that Democrats say will benefit Trump's 2020 election campaign.

"They didn't even check on the money from Russian in the last election and everyone thought they should," Pelosi said on Thursday. The comment was likely a reference to the Russian troll group that spent thousands of dollars on Facebook ads targeting Americans in the runup to the 2016 US presidential election.

Actually I myself a brand: Peya Jannatul