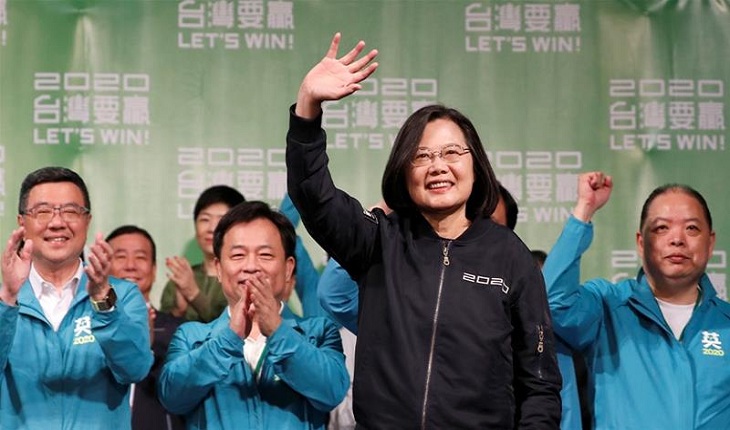 Taiwan's President Tsai Ing-wen has secured a second term after sweeping to victory in an election dominated by the island's relationship with China.

Ms Tsai secured just over 57% of the ballot - a record 8.2m votes - well ahead of her rival Han Kuo-yu.
Ms Tsai opposes closer ties with China, with Mr Han suggesting they would bring economic benefits.

In her victory speech, Ms Tsai told China to abandon its threat to take back the island by force.

China has claimed sovereignty over Taiwan since the end of the Chinese civil war in 1949. It says Taiwan must eventually be reunited with China, by force if necessary.

Eight million votes is an extraordinary tally for a Taiwanese President seeking a second term.

The record-breaking win has delivered a landslide mandate to Ms Tsai, and a major snub to Beijing.
It was the emergence of Taiwan's relationship with China as the central issue in this campaign that allowed her to revive her flagging fortunes.

And in her victory there is a certain political irony.

Taiwan president heads to US as Beijing watches