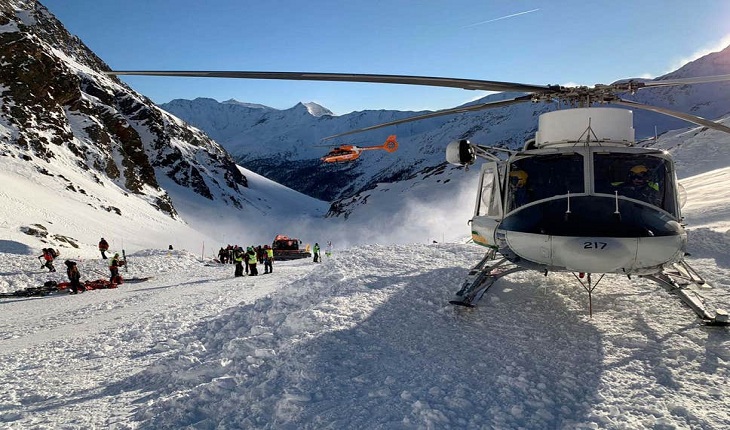 A woman and two seven-year-old girls have died in an avalanche while skiing in Val Senales in the Italian Alps, reports BBC.

The woman, aged 35, was the mother of one of the girls, according to reports in Italian media.

The three, all thought to be German, were skiing about 2,400m (7,900ft) up the Val Senales glacier in South Tyrol, near the Austrian border.

A team of 70 workers and three helicopters helped recover the bodies in a search operation.

Rescuers from Mountain Rescue, the Carabinieri and the Guardia di Finanza were assisted in their search by three helicopters.

Reports said two victims died at the scene, while one of the girls was airlifted to hospital but died en route.

Two other skiers from the same group of skiers - a father and his 11-year-old son - were injured but not critically.