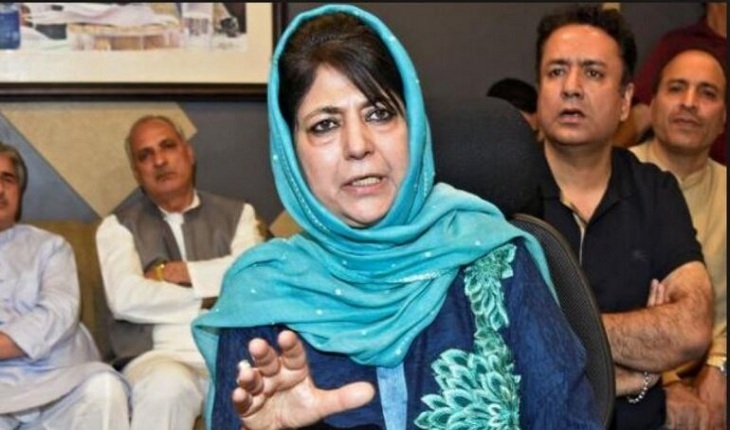 Former Jammu and Kashmir chief minister and Peoples Democratic Party (PDP) president Mehbooba Mufti, who has been in detention since August 5, has criticized the Supreme Court for its Sunday urgent hearing on the controversy over the formation of the Maharashtra government, Hindustan Times reports.

The Supreme Court is hearing a series of petitions, including one filed by the executive editor of the Kashmir Times, Anuradha Bhasin, challenging the blockade of communication imposed in the Kashmir Valley following the decision of August 5 to revoke the special status of Jammu and Kashmir under Article 370 and to reorganize the state into two union territories–J&K and Ladakh.

Mehbooba Mufti, who was lodged at Srinagar's Cheshma Shahi on the eve of the Center's bid to abolish Article 370 and bifurcate it into Union Territories, was moved earlier this month to another position near the center of Lal Chowk, officials familiar with the development said.