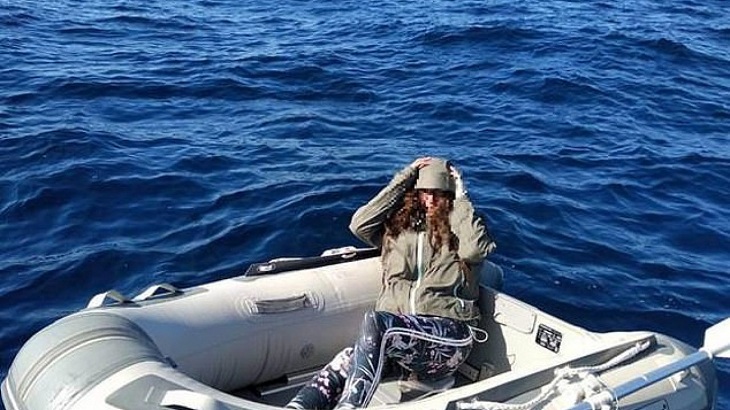 A tourist survived for two days adrift at sea in a dinghy near Greece by snacking on boiled sweets, reports say. Kushila Stein, 45, from New Zealand, was rescued from the Aegean Sea, north of Crete, on Sunday.

During her 37-hour ordeal Stein reportedly rationed a "handful of boiled lollies" and wrapped herself in plastic bags for warmth.

An experienced sailor, Stein put a red bag on her head and used a mirror to attract attention, reports say.

Her mother Wendy Stein told Stuff.co.nz her daughter's training in sea survival "might have saved her life".

How did she get lost at sea?
Stein was helping a British man, named in media reports only as Mike, take a yacht from southern Turkey to Athens.

During the trip, Stein decided to "stretch her legs" by sailing a dinghy to the island of Folegandros on Friday, her mother said.

But on her way back to the Rival 34 yacht, one of her oars fell overboard and strong winds pushed her out to sea.

When Stein did not return to the yacht, the owner reported her disappearance to Greek authorities on Saturday morning.

A search and rescue operation involving six vessels, a helicopter and underwater drone was launched by the coast guard.

While Stein was at sea, she wrote her mother's name and contact details on the side of the dinghy, fearing she might not survive.

But the coast guard picked her up on Sunday morning "half way between Crete and Folegandros", her mother said.

Stein was taken to hospital, where she was treated for exposure and dehydration.

When Ms Stein was rescued, the New Zealand Herald reported that she called her mother and said: "I still have one lolly left mum."