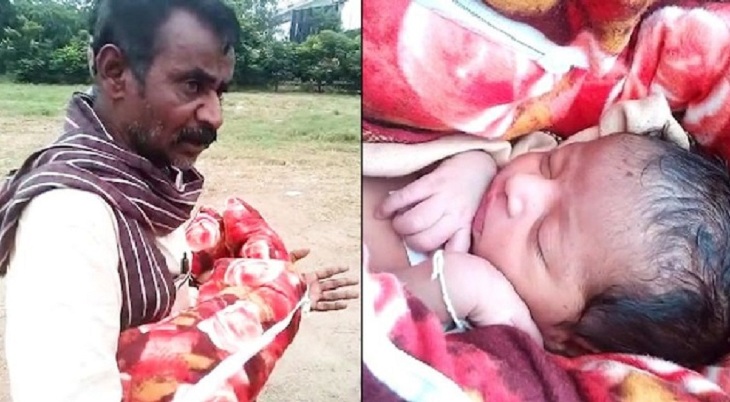 Two men at Hyderabad in Indian state of Telangana trying to bury a baby alive were caught on the spot by the police and arrested.

The men had aroused the suspicion of an auto-driver who saw them digging at a hidden spot near a bus stand.

"This morning, an auto driver at the Jubilee bus stand ground noticed two persons with a bag in their hand. They were digging a pit in the ground. Looking at the scene the auto driver immediately reported about the incident to police," said a police officer of Hyderabad.

A video taken on a mobile phone has captured the moment the police confronted the two men.

The man carrying the baby wrapped in a blanket claims she is dead.

The two men, both from Karimnagar district of Hyderabad, claimed that the baby was their granddaughter who had died because of a failed surgery recently. They said the dead baby would not be allowed on public transport, so they decided to bury her.

The police examined the baby and realised she was alive.

"After it came to our notice, we immediately went to the location and it was found that the bag they were carrying had a baby," it added.

The police immediately shifted the baby to Gandhi hospital and the two men, found to be the child's grandfather and uncle, were arrested.