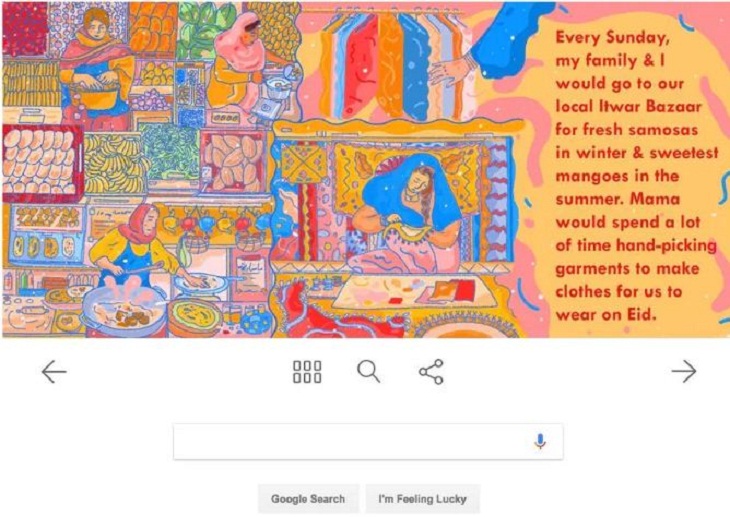 Pretty much anywhere on the planet you can get internet access, you can see Google's March 8 doodle, which gives you the option of diving into a dozen animated tales of women from different parts of the world. The initial doodle has a "play" button in the center -- click on it to see one, and then another and another, of the 12 different stories.

The doodle comes as tech companies like Google wrestle with diversifying their work forces to include more women and minorities. The search giant and other companies, including Facebook and Microsoft now regularly release diversity reports, highlighting low percentages of women and minority employees, with few moving up the management chain.

Google Doodles bring a regular dose of whimsy, timeliness and historical reflection to the otherwise minimalist appearance of the world's most visited search engine. They're almost as old as Google itself, having started back in 1998 with a stick figure that indicated co-founders Larry Page and Sergey Brin were away at the annual Burning Man festival. The doodling crew now numbers some 30 people, including animators, engineers and designers.