Decision on internet price reduction in next six months: Tarana 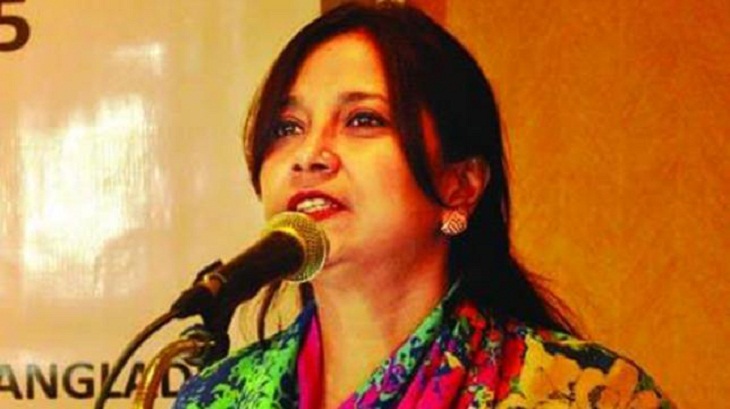 State Minister for Post and Telecommunications Tarana Halim yesterday asked the telecom operators and internet gateway providers to inform the people about the reason of price gap of internet from operator to consumer level.

"People have the right to know whether there is any intentional hoax in internet price," she told journalists after a meeting with telecom operators and internet gateway providers at her secretariat office here.

Tarana also said a decision will be taken on the issue of cutting the internet price after six months through holding meeting with Bangladesh Telecommunication Regulatory Commission (BTRC) and other quarters concerned.

"We have convened the operators to talk about Facebook discussion on the price gap of internet at consumer and retailer levels and during the meeting we have questioned them why there is no reflection of price reduction at consumer level," she said.

The operators claimed that there is confusion in Facebook discussion about wholesales and retainers, speed and volume of internet.

There is VAT, tax, production cost, maintenance cost and for this reason there is price gap between the production and end user level, said Tarana.

"We've asked them to give clarification on every point within the next two days. We would never allow any deception with consumers," she added.

"If the BTRC, mobile network operators, international internet gateways minimize their revenue sharing, we would be able to do something about the reduction of internet price for the end users," said the state minister.