The Youngest Woman With A Beard 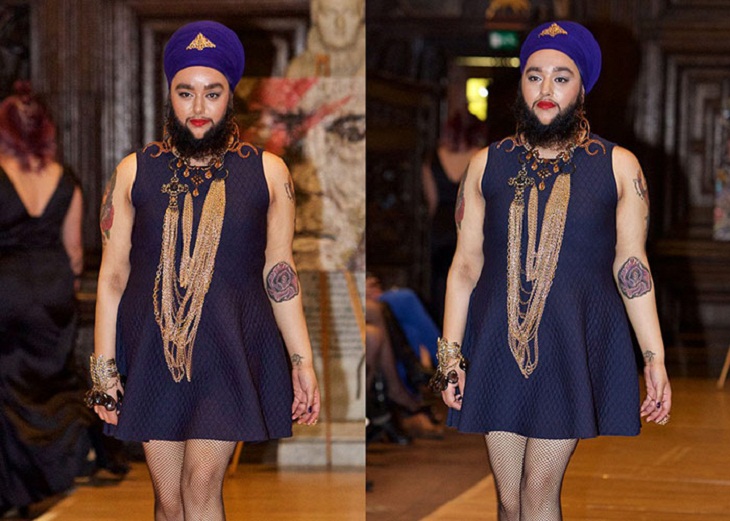 Harnaam Kaur is a woman of steel.

She entered the Guinness Book of World Records for becoming the youngest female in the world with a full beard.

Harnaam Kaur suffers from polycystic ovary syndrome. It is a hormonal condition which leads to excess acne and facial hair. The 24-year-old girl resides in Berkshire, England said that this recognition was “extremely humbling”.

Because of her condition, Harnaam faced a lot of bullying during her childhood. She boldly overcame it to live a normal life and the record acknowledges her bravery

“Now with a beard measuring as long as six inches in places, she overcame years of bullying to take ownership of her appearance and achieve this record title at the age of 24 years 282 days.”

She describes herself as the bearded dame, a body confidence activist, anti-bully activist and a plus sized model and even goes around wearing a turban.

She also broke records when she became the first woman with a beard to walk the runway at the London Fashion Week.

She has also modelled for Urban Bridesmaid Photography.

She appeals to women to embrace themselves as they are, and not focus on the negativity they get from the society.

“I hope those who read or see my record can take away positivity, inspiration and realise that no matter who you are or what you look like, you are officially amazing!”

One can only image what she has gone through during her childhood, growing up with a beard.

It takes a lot of courage to still keep it and live positively with dignity.