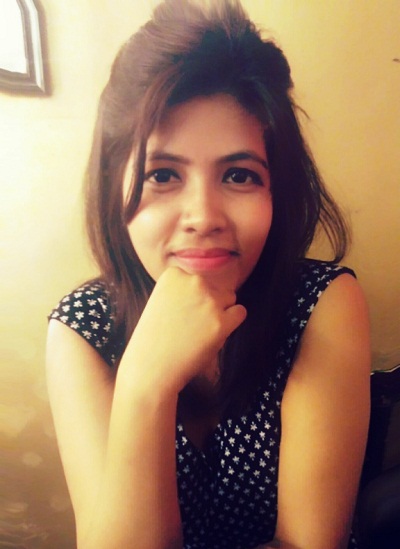 Society, community, caste, religions altogether build a ‘Society’, together am I right? Did I just miss a bit? Yes I did and it is the ‘People’, it is very unacceptable that how people are rising now a day’s, principally the ‘Youth’ of today’s world. I am a young girl, with high aspiration, with lots of imaginings and with lots of nerve.

‘You are a girl and you must need to have a safe future’, ‘you are a girl and these kinds of hazardous line of work will not be helpful for you’, ‘Go for a trouble-free and protected profession’ etc. were the orders and advices from my well wishers. I smiled and asked is there any place on earth which is safe and secure for a girl? What is the real meaning of dangerous to all? Which profession is safe for girls and which is not? Just to prove others that yes I am pleased, yes I am doing a good work etc. so that I can reside gleefully in the public and for that I have to be dressed in a mask…an imperceptible…invisible masquerade which is made from plastics…and I am double-dealing to myself only, isn’t it dangerous?

Progressively I grew-up and I apprehend something. I perceive among much other segregation, there is another discounted one and that is the intermediate of self expression language. My mother tongue is different and my expressing language is different…for this, I have been in front of a lot of disgraces, verbal abuses, and hate speech in my own group of people. They make fun of me, laugh at me and dishonor me by saying that I cannot speak my own language glibly; I do not have any idea about my own ethnicity and so on. They advice me by saying that I should not write down in other languages, I should know my own language at first etc. I am familiar with the fact very well that customs, language, tradition all these things upshot people extensively, I like to put across herself in further language and it does not mean that I am not well aware of my own culture and tradition.

I belong to a very small community of people; I like someone who is not from my community. I have newly changed my ‘Single’ status in a social networking site to ‘In a relationship’, then my so called native ‘Brothers’ and some more from my community have taken a screenshot of that, uploaded that in a our conversation group in social networking site and humiliated. Not only this, they have harassed me in texts, threatening me like anything. Following by this ‘Great Leader’, some more guys are harassing me, abusing me.  Don’t I deserve to be loved? Don’t I deserve some sorts of ‘Freedom and Privacy’?

I did not utter a single word because I ‘Respect’ others. I respect others’ sensitivity and thinking because I cannot change it. Being a media professional, I know very well about the social media etc. Some people suggested me to take no notice of them, some people suggested me to take actions against them whereas some people told me keep calm. But, there are some people who supported me also and I am really thankful to them but this cannot be accepted, not at all.

I listen to all the time that, women should be self-regulating, not for others, but for ourselves. We should effort hard so that we are neither economically nor sensitively reliant on others. Although, in modern times, we are living in metropolitans, with the so-called contemporary people, I feel that nothing has been distorted.

Is there any privacy for us? Is there any right for us? Is it a way of living in a ‘Society’? Well if it is a ‘Yes’ I feel ashamed to be a part of it.