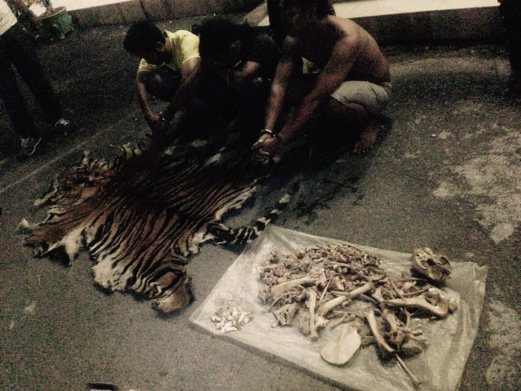 The alleged wildlife poachers were believed to have hunted the tigers within the protected forests of Mount Leuser National Park on Indonesia's vast, main western island of Sumatra.

Sumatran tigers are considered a critically endangered species by the International Union for Conservation of Nature, with fewer than 400 remaining in the wild.

"I hope with this arrest, people will understand that protected wildlife is very important not only for Indonesia but the world," Bambang Dahono Adji, a senior official at Indonesia's environment and forestry ministry, told AFP.

Tiger skins, bones and teeth were found at the homes of the alleged poachers during raids by police. The tigers are hunted for their body parts, which are used in traditional Chinese medicine and fetch high prices.

Investigations are still under way to determine whether the men were involved in a wider wildlife smuggling syndicate.

Adji said tougher laws had been proposed to crackdown on poachers, as the existing regulations were too lenient on offenders and did not serve as an effective deterrent. 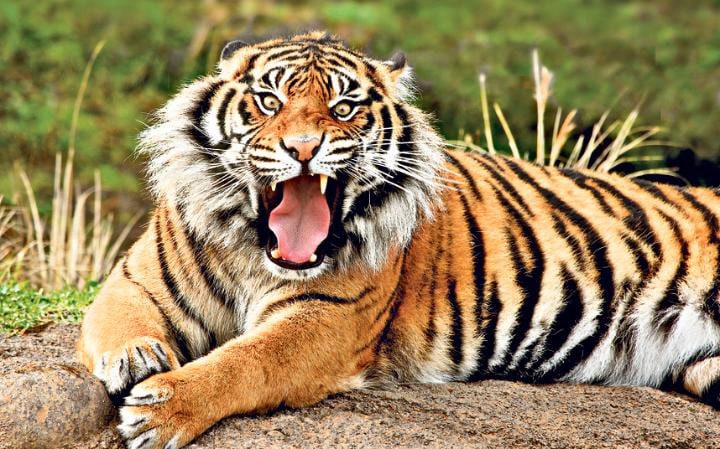 "We want harsher punishments, and I hope the parliament will act quickly to legislate these revisions," he said.

Last August police in Aceh, at the northern tip of Sumatra island, arrested four men for allegedly killing a Sumatran tiger and trying to sell its body parts.

Apart from being hunted, the animals are also under threat from the destruction of their rainforest habitat to make way for palm oil as well as pulp and paper plantations.