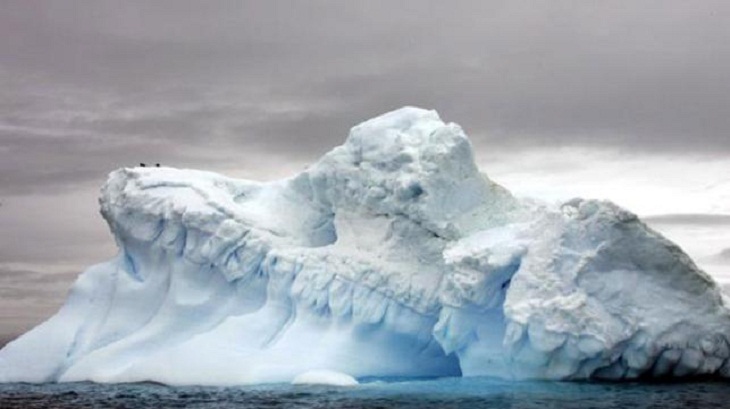 Global warming has caused ice to melt faster than normal in the Antarctic, but a study Tuesday suggested the rate of loss in some areas may be slower than previously thought.

Researchers in Britain mapped the change in the speed of ice loss using data from five different satellites, said the report in Geophysical Research Letters, a US scientific journal.

After studying changes at more than 30 glaciers since 1992 in Western Palmer Land—the southwestern corner of the Antarctic Peninsula—they found ice loss has increased.

“Between 1992 and 2016, the flow of most of the region’s glaciers increased by between 20 and 30 centimeters (eight to 12 inches) per day, equating to an average 13 percent speedup across the glaciers of Western Palmer Land as a whole,” said the report.

But the change amounts to just a third of the 45 cubic kilometers (11 cubic miles) of ice loss per year from the sector recently reported by another research team at the University of Bristol.

“Although Western Palmer Land holds a lot of ice—enough to raise global sea levels by 20 centimeters (eight inches) its glaciers can’t be responsible for a major contribution to sea level rise, because their speed has barely changed over the past 25 years,” said study co-author Andrew Shepherd, a professor at the University of Leeds School of Earth and Environment.

The greatest speed up in flow and ice loss was seen at glaciers that were grounded at depths more than 300 meters (1,000 feet) below the ocean surface, where warm and salty water can melt ice at the base.

Researchers say that, despite the slower rate of melting found in some regions, the continent as a whole is losing mass faster than ever due to climate change.