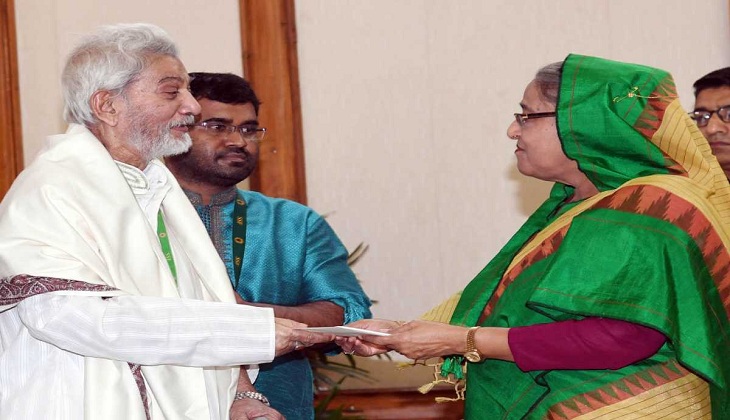 She handed over cheques for the financial assistance to them at a function at her official residence Ganobhaban in the morning.