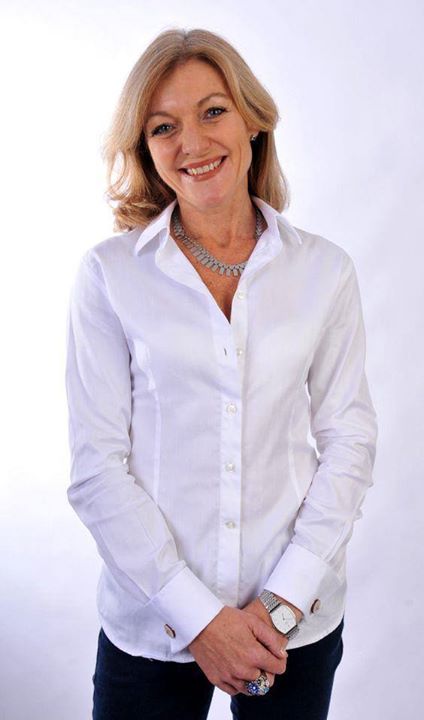 Fiona Heather Patten (born 1964) is an Australian politician. She has been the leader of the Australian Sex Party since its foundation in 2009, and has represented the party in Northern Metropolitan Region of the Victorian Legislative Council since the 2014 Victorian election. Patten was previously the CEO of the Eros Association, the peak body representing "adult shops" (retailers of pornography/erotica, sex toys and other sex-related products).

Personal life
Patten was born in Canberra to an English mother and an Australian father. She spent parts of her childhood in the United Kingdom and the United States, due to her father's career as a naval officer. Patten studied landscape architecture and industrial design at the University of Canberra, and then founded her own fashion label. She had a number of sex workers as clients and became interested in sex workers' rights, eventually joining Workers In Sex Employment (a lobbying group) as an outreach worker. In 1992, Patten and her partner, Robbie Swan, established the Eros Association, a peak body for the adult industry.

Elections
1992 ACT election
In 1992, Patten contested the second election for representation in the multi-member single constituency Australian Capital Territory Legislative Assembly on a ticket called the Hare-Clark Independent Party with sitting member, Craig Duby. Both Duby and Patten were unsuccessful in being elected.

2009 Higgins by-election
Patten contested the seat of Higgins in Victoria at the 2009 by-election. She received over 3 percent of the vote, placing her 4th out of 10 candidates. Her campaign was based on opposing Greens candidate Clive Hamilton's proposal for an ISP-level Internet filter which would block access to websites containing RC-rated content—that is, legal material which is banned from sale, trade or public exhibition due to its extreme nature.

Patten remains a prominent critic of the proposal. She appeared in the Four Corners episode "Access Denied" arguing that it would include blocking access to adult films such as Pirates—refused classification because of a technicality—that do not depict sexual violence, are extremely popular overseas and are available for download on dozens of websites. According to research mentioned in the episode, it is unviable for the filter to block access to more than a thousand or so individual web pages.

2010 federal election
The party contested all states and territories, except for Tasmania and the Australian Capital Territory, in the Senate and six of 150 House of Representatives seats at the 2010 federal election. The party won 2.04 percent of the national Senate vote, over 250,000 first preferences. After the major parties and the Australian Greens, the Sex Party during the vote count were "neck and neck" with the Family First Party for the fourth place in the national Senate vote. The party "outpolled several more prominent minor parties and came within about 10,000 votes of Family First for the Senate in Victoria". After the party's first federal election contest, Patten claimed that the Sex Party was "now the major minor party in Australian politics":

We've polled better than the Greens did in their first federal election and believe that our vision of Australia as the most socially progressive country in the world is equal to the Greens environmental messages of 20 years ago.

Whilst the Sex Party did not win any seats, their preferences were substantially beneficial to the Greens who won a Senate seat in every state for the first time.

2012 Melbourne by-election
Patten contested the 2012 Melbourne state by-election, coming third out of 16 candidates, receiving 6.6 percent of the vote, in the absence of a Liberal Party candidate. She says the party preferenced Labor ahead of the Greens due to the "anti-sex feminist movement" within the Greens, but that future preferences may change again.

2014 Victorian election
Patten successfully contested the Northern Metropolitan Region in the Victorian Legislative Council during the 2014 Victorian state election becoming the first candidate for the Australian Sex Party to be elected to parliament.