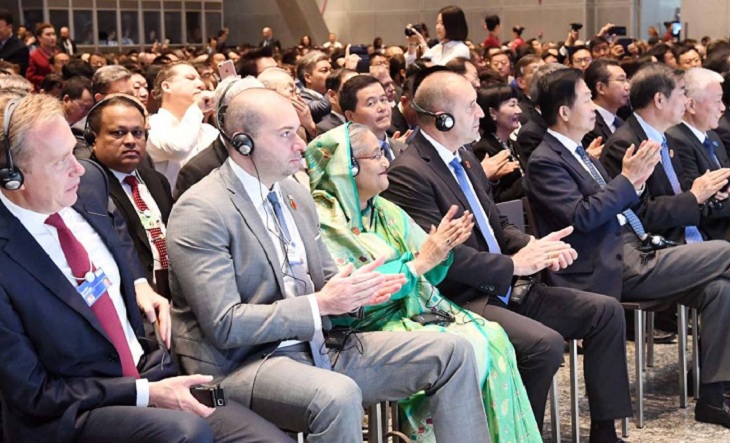 More than 1,800 leaders including heads of state and government, business, civil society, academia and the arts across the world gathered here as the World Economic Forum (WEF)’s Annual Meeting of the New Champions 2019 formally kicked off this morning.

“The three-day WEF Annual Meeting of the New Champions 2019”, also known as WEF Summer Davos, is taking place in Chinese city of Dalian from July 1-3 under the theme “Leadership 4.0 Succeeding in a New Era of Globalization”.

At the tip of Liaodong Peninsular, Dalian is a trading and financial center in northeastern Asia and has gained the name the ‘Hong Kong of Northern China’.

Founder and Executive Chairman of World Economic Forum Klaus Schwab and the Governor of Liaoning Province Tang Yijun also spoke at the function.

The World Economic Forum (WEF), based in Cologny-Geneva, Switzerland, was founded in 1971 as a not-for-profit organization. It was granted “other international body” status in January 2015 by the Swiss Federal Government under the Swiss Host-State Act (International Organization status requires multiple governments.

The WEF’s mission is cited as “committed to improving the state of the world by engaging business, political, academic, and other leaders of society to shape global, regional, and industry agendas”.

Rohingyas may be a threat to country’s security: PM