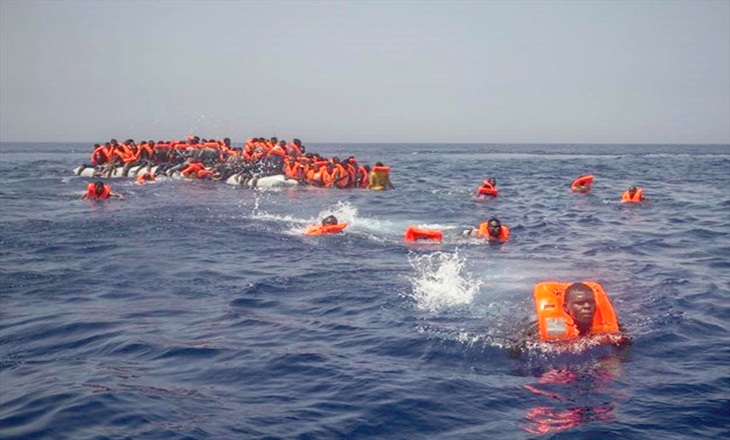 Around 40-45 Bangladesh nationals remain missing after Friday's boat capsize in the Mediterranean Sea while attempting to reach Europe from Libya, said an official on Tuesday.

“Two boats one carrying around 50 and another 70 people – set out at the same time on May 9 (night). The first one possibly reached Italy while the second one capsized,” ASM Ashraful Islam, labour counsellor of Bangladesh Embassy in Tripoli, told UNB.

He said 14 Bangladesh nationals were rescued alive from the capsized boat and one body was recovered. The boat reportedly left from Libya’s Zouara.

Bangladesh Ambassador to Libya Sk Sekander Ali and labour counselor Ashrasul Islam are now in Tunisia to assess the situation.

BDRCS’ Restoring Family Links (RFL) wing director Imam Zafar Sikder said they have confirmed the identities of 27 Bangladeshis after talking to four Bangladeshi survivors over phone through an official of Tunisia Red Crescent.

The BDRCS opened hotline numbers to establish contact with family members of the victims and survivors of Friday’s boat capsize in the Mediterranean Sea.

Zafar Sikder said they are in constant touch with Tunisia Red Cross Society, Bangladesh Embassy in Tripoli and Foreign Ministry here to get update on the matter.

Friday’s accident was dubbed the “deadliest migrant boat sinking since January” by the International Organization for Migration.